Van Reenen is a spectacular tourist region – one of those unknown gems that you seldom discover and when you do you say to yourself “that was a highlight of my trip”. Van Reenen offers gracious splendour to rural simplicity with many varied and interesting historical places. 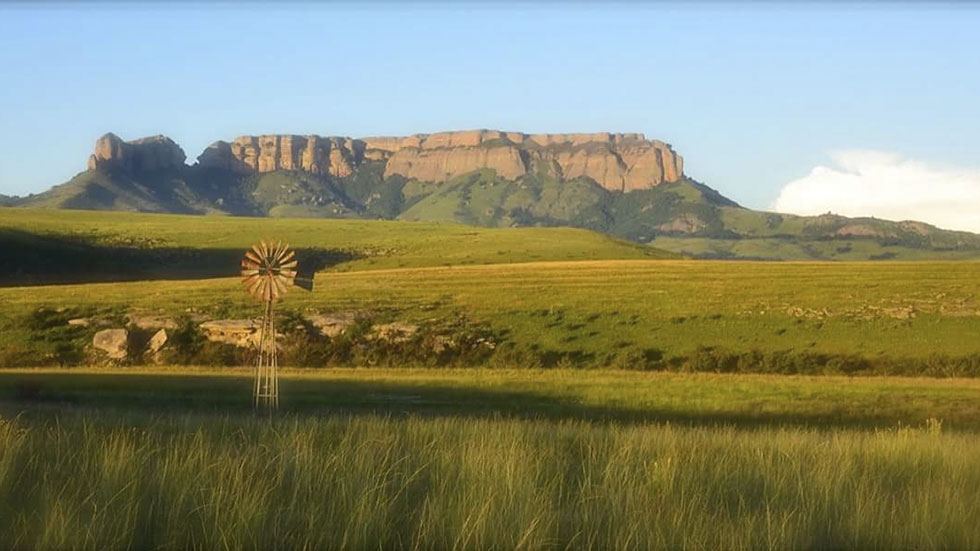 Van Reenen and the Pass have always been associated with transport. First it was a migratory route for hordes of animals migrating from the Orange Free State to KwaZulu Natal in winter and back again in summer. Frans Van Reenen, after whom the Pass is named, farmed at the base of Van Reenen Pass and trekked his oxen inland using the paths worn by the migrating animals. In the mid 1800’s he assisted the transport riders with laying out a route for the wagons carrying supplies to the gold mines. The area traversed by Van Reenen Pass was originally known as Underberg and there was a
settlement 9 km south of the present village around Wyford where the border post was between the Orange Free State and KwaZulu Natal. This was manned by Customs officials, a Dipping Officer and a Police station. There was also The Good Hope Hotel, a boarding house and two blacksmith shops.

In 1891 the railway line was opened and the present village of Van Reenen came into being as all the services were taken to the top of the Pass. The railway line was a massive engineering feat to negotiate the steep incline and involved a series of tunnels and reversing stations. The latter were later replaced by more tunnels which is the route today. 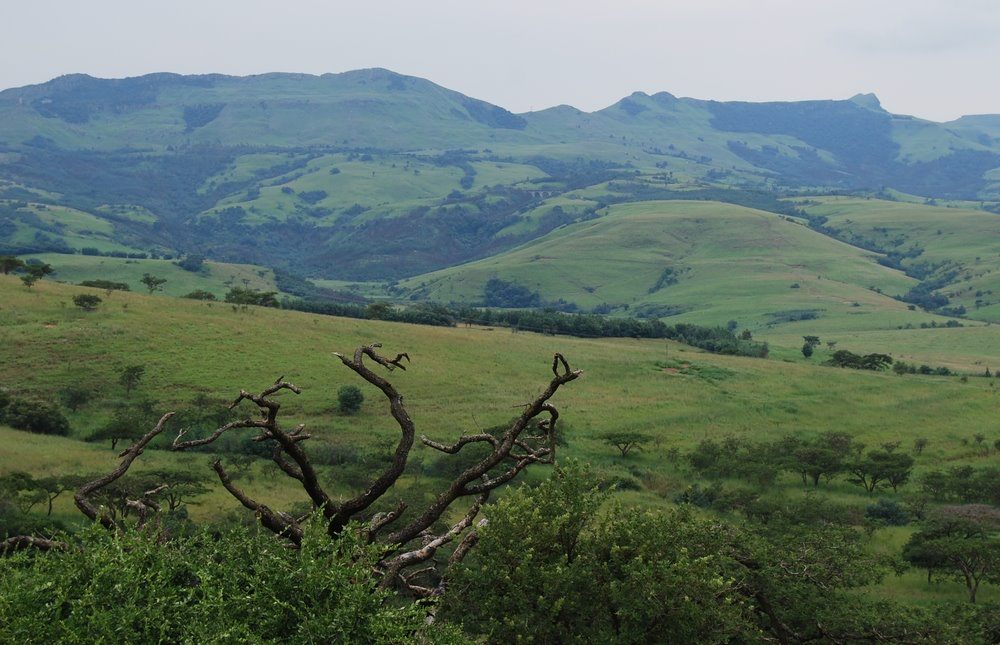 A green lantern was hung at the top of the pass to signify that travellers had reached the summit as it was often very foggy. At this time near to where the Caltex garage is to day, a guard from 6 a.m. manned the border post until 6 p.m. No movement was allowed between 6 p.m. and 6 a.m.

Van Reenen Hotel was built in 1892 which in 1948 was renamed The Green Lantern Inn. At the time of the Siege of Ladysmith in 1899 the Van Reenen Hotel was commandeered by the British as their headquarters for the troops stationed on Gun Hill which gave then a commanding view of both the Orange Free State and KwaZulu Natal. They also built a blockhouse, which has since been demolished. During the 2nd World war Van Reenen was a great tourist destination with some 4 hotels in the area. Guests arrived by train and many activities were organized such as tennis and cricket matches. An interesting feature in the main lounge with its beautiful Oregon Pine dance floor, is the original wooden projection room, from which silent movies were first shown in the early 1930’s. 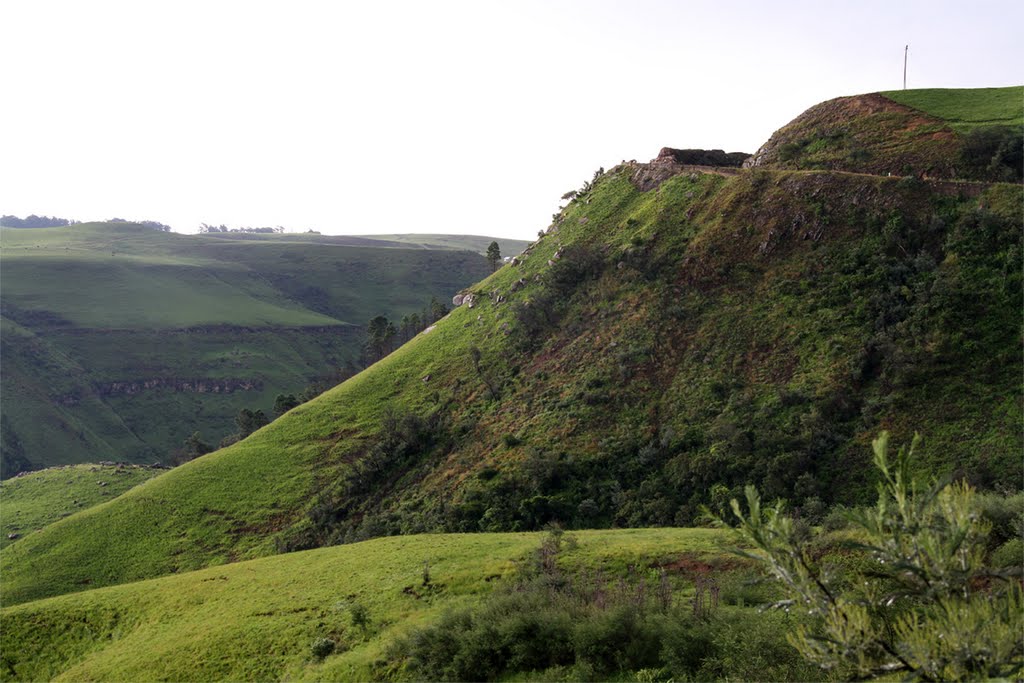 The Moorddraai monument near Van Reenen was erected in memory of 9 Boers murdered in 1865 who were transporting merchandise from Durban to Pretoria.

The Little Church in Van Reenen – Llandaff Oratory
The Little Church is the smallest in the Southern hemisphere, and is opposite the hotel. It is visited by thousands of people every year, no matter what your faith, this Little Church has become a spiritual centre point for many people whilst on their travels. Weddings at the Little Church are also common, from a small intimate wedding or renewal of vows.
History – Previously called the “World’s Smallest Church”, the Little Church is a memorial to the bravery of 28 Year Old Llandaff Mathew who was killed in a rock fall at a coal mine near Dundee. He died a hero saving eight other trapped miners, the same number of seats available in the oratory. The Oratory is a fully consecrated Catholic Church, seats eight and is the only privately-owned Catholic Church in the World. It was built by his father, Maynard Mathew in honour of the brave young man’s life and heroic death. In 1960 Mr Charles West-Thomas bought it and had it declared a National Monument. In 1974, as a wedding present, he gave it to his wife Mrs Mims West-Thomas. 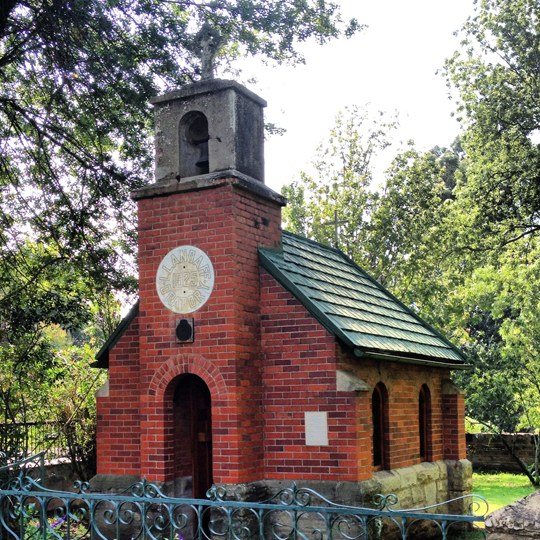 The “Barefoot Lady” monument tells a beautiful story about the role of women during the Great Trek. The “Kaalvoet Vrou” is a full sized metal statue of a barefoot Voortrekker woman looking out over the KwaZulu Natal escarpment in search of a route down. At the top of Voortrekker Pass stands a monument to a woman walking barefoot over the Drakensberg. After the Voortrekkers entered Natal, which was a British Colony in those days, in 1847, there was a number of trekkers who wanted to return to the Free State. Susanna Smit, sister of Gert Maritz, one of the Voortrekker leaders, declared that she would rather trek barefoot back over the Berg than live in Natal under British rule.

Retief’s Klip (Retief’s Stone) is where the Piet Retief party of Voortrekkers descended the Drakensberg and entered Natal on 14th December 1837. They had decided not to proceed with the rest of the Voortrekkers to what was to become the Transvaal republic. Retief’s group consisted of some 66 wagons and these were the first wheeled vehicles to enter Natal. It is also interesting that there was a snowfall on Christmas day of this year – the only white Christmas that has been had in the Drakensberg. 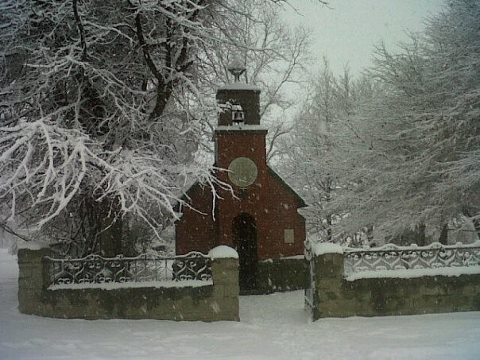 Retief’s Klip and the Kaalvoet Vrou are accessed of the R74 near Sterkfontein Dam in the Free State.
They are approximately 5km apart. Both are monuments so you can visit at your leisure.

One thought on “The Green Lantern Inn. Van Reenen Pass. A short history”