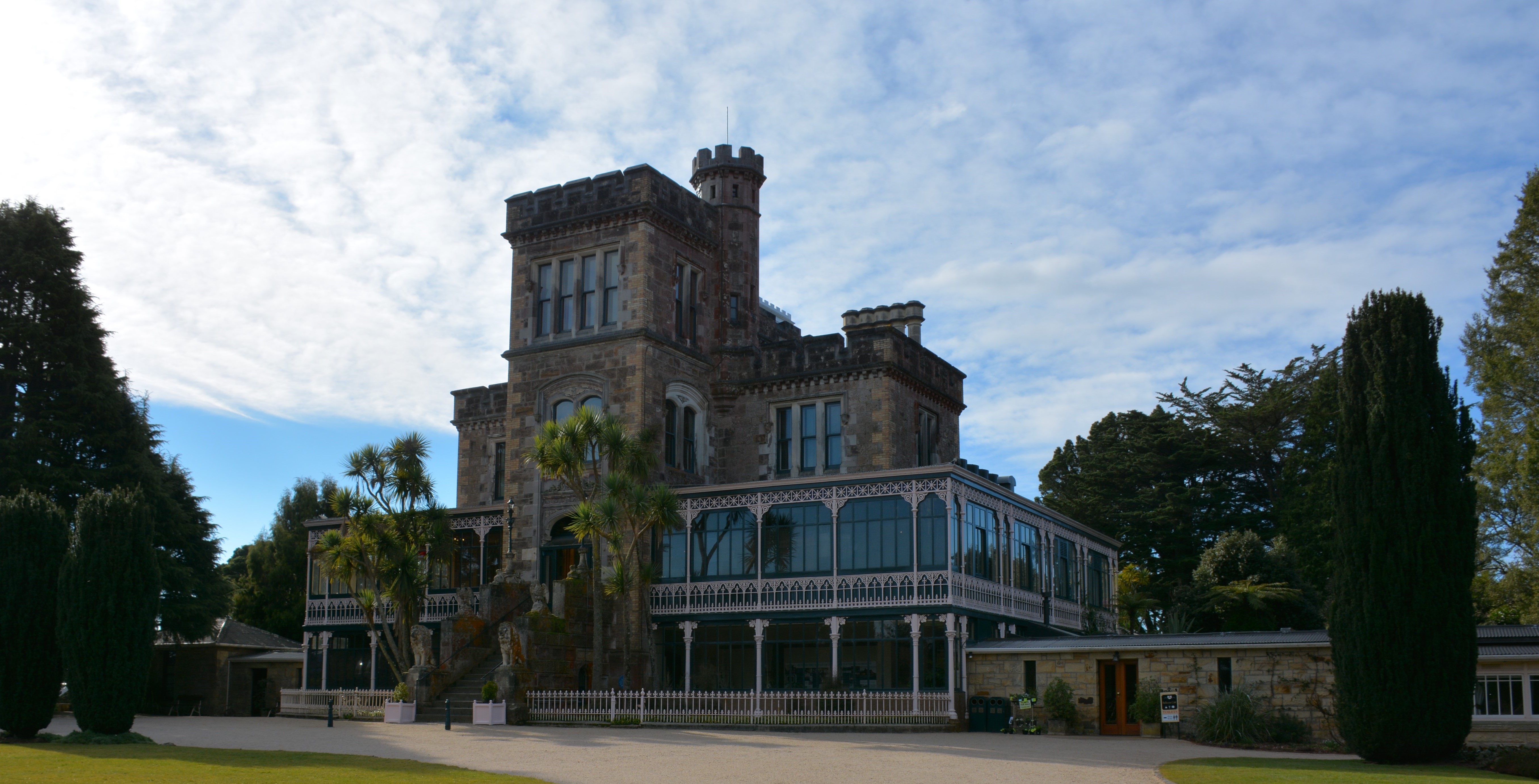 So after I had done the business I needed to do in Dunedin, I had a few hours to spare before my flight to Christchurch, and I asked the car hire guy what the one thing was that I needed to see in Dunedin.  Without hesitation he said “Larnach Castle”.  So I quickly put the info into my GPS and made my way up to the castle. 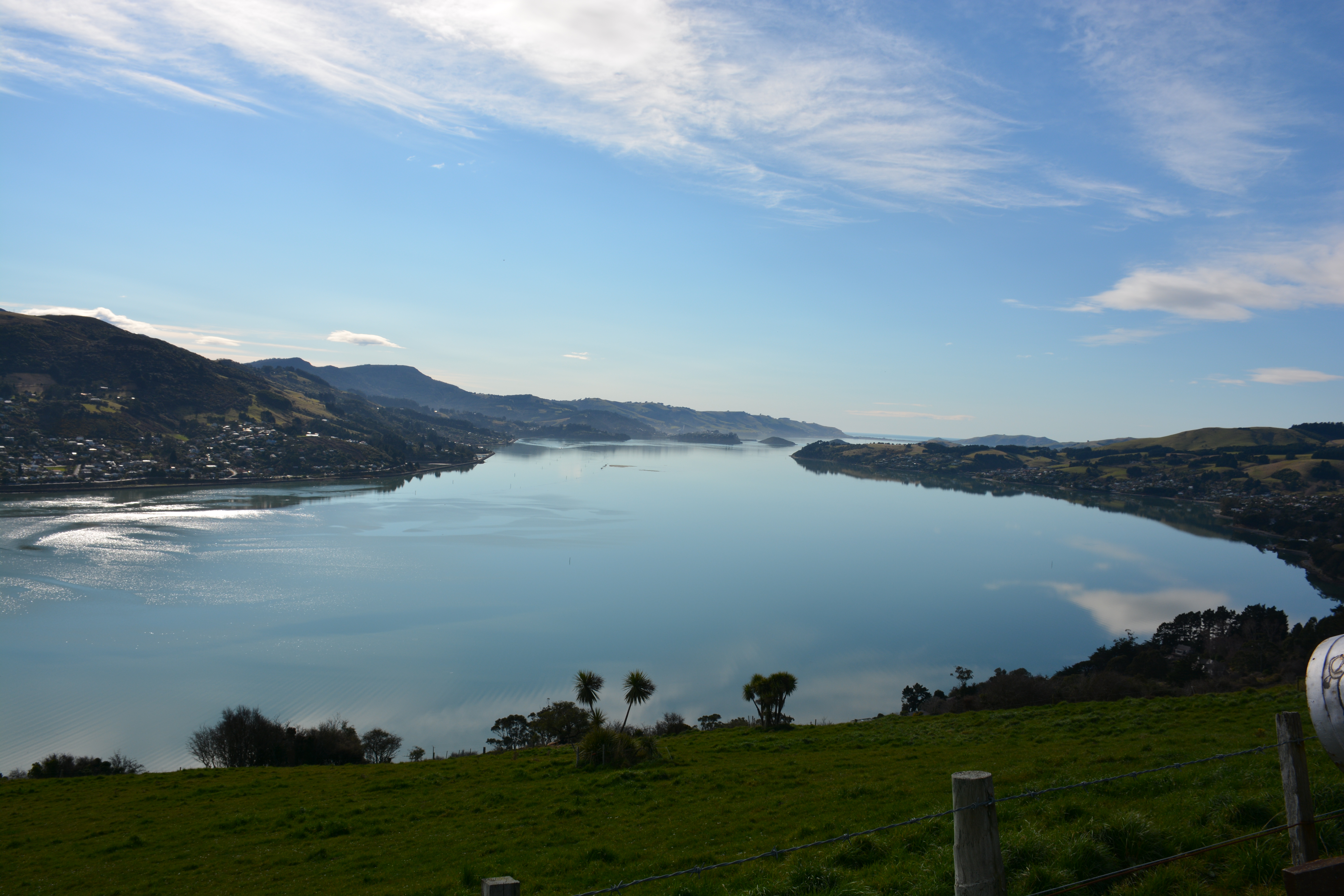 The views going up were fantastic and if the roads were not so narrow I would have taken a million more photos. 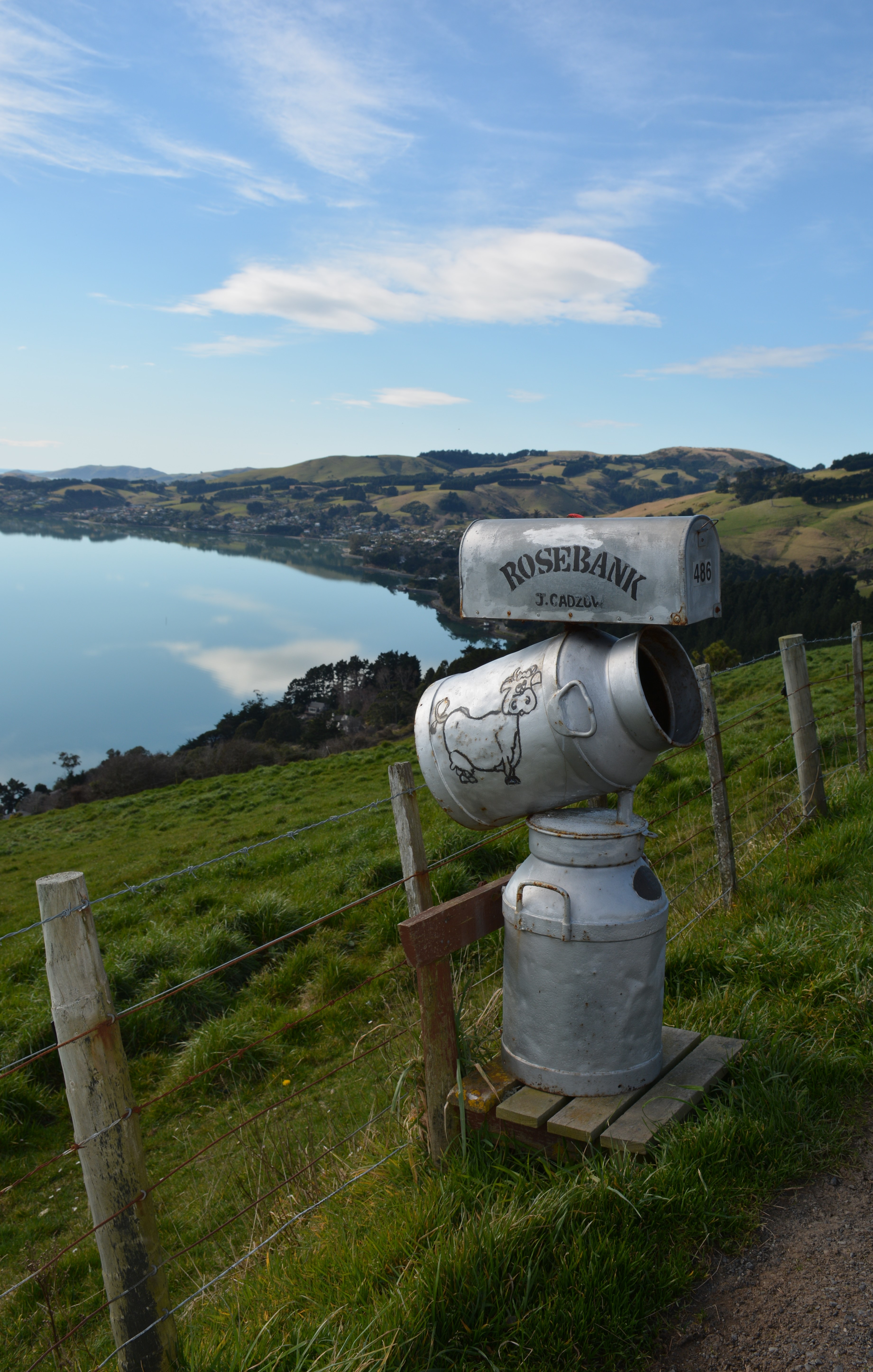 If you ever find yourself in this part of the world, make the effort and go and see for yourself.  And look out for the different post boxes.  They are awesome.  This postbox was right at the top of the farm below. This is very common throughout New Zealand.  All the post boxes are on the road, regardless of how far your farm is from the road, sometimes many in a row.  (Keep an eye out for all my post box pics in the next post) 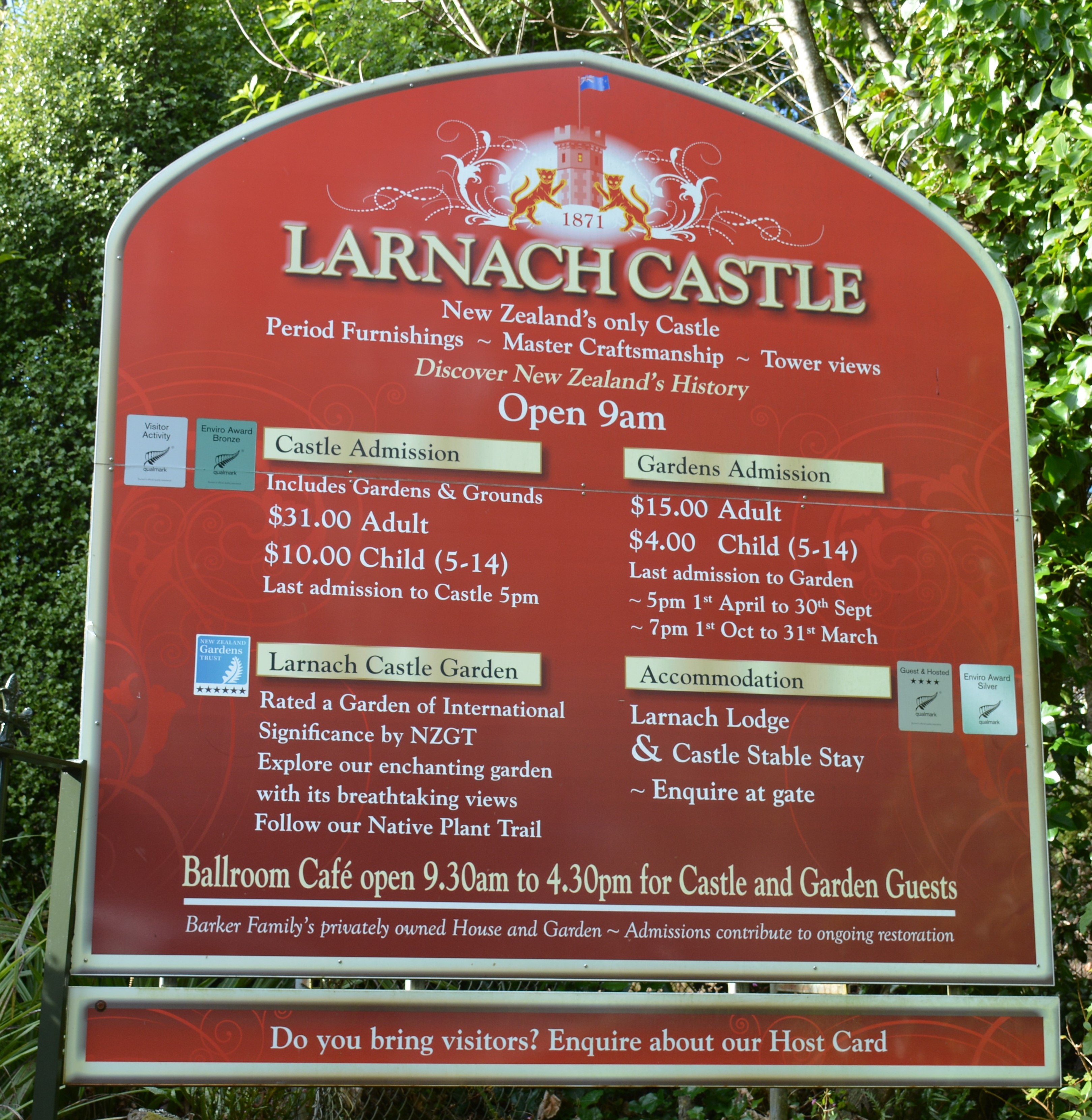 A brief history of William Larnach and his castle with extracts taken from their website  http://www.larnachcastle.co.nz/ 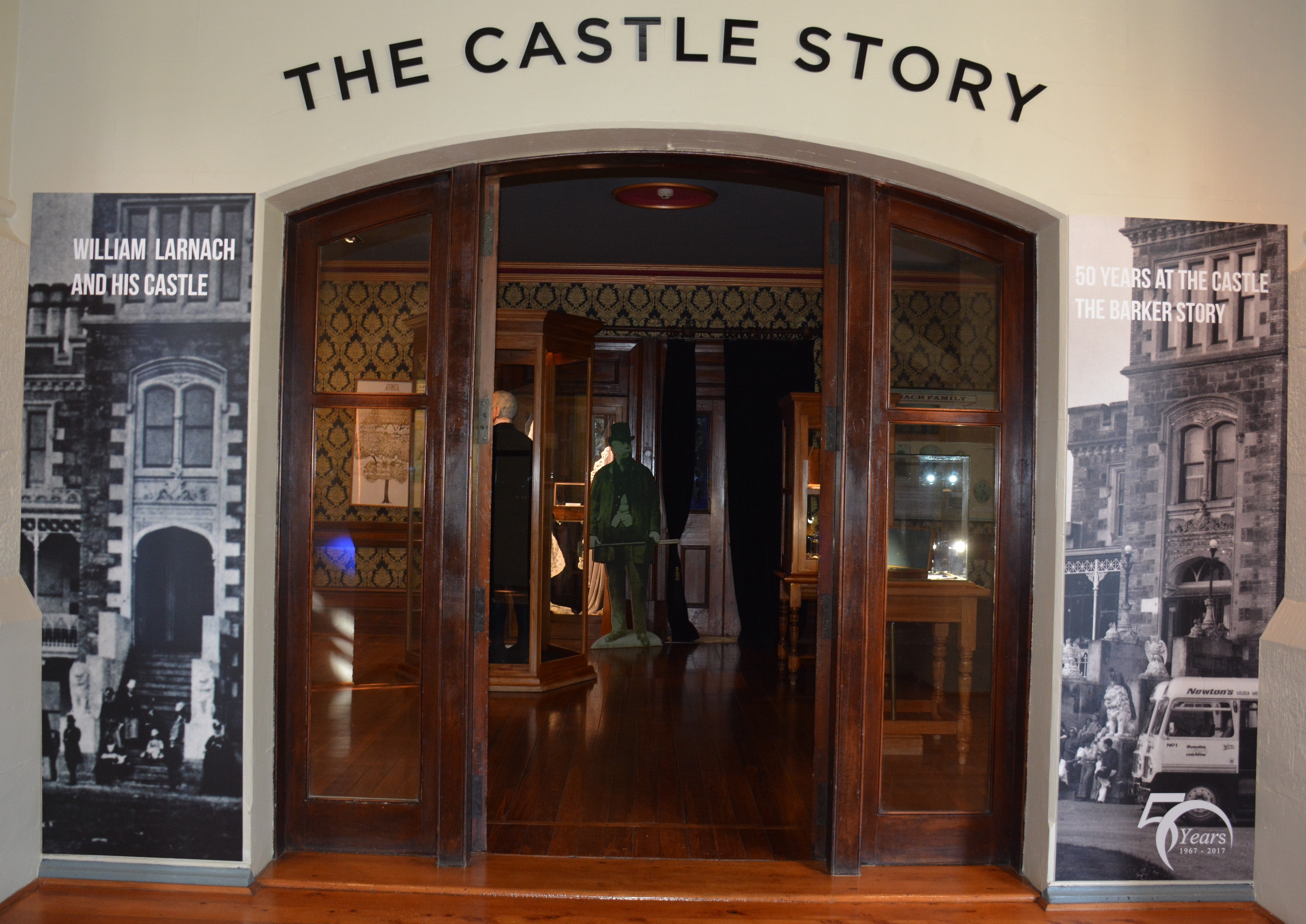 Situated on the picturesque Otago Peninsula, Larnach Castle is one of New Zealand’s premier visitor attractions. 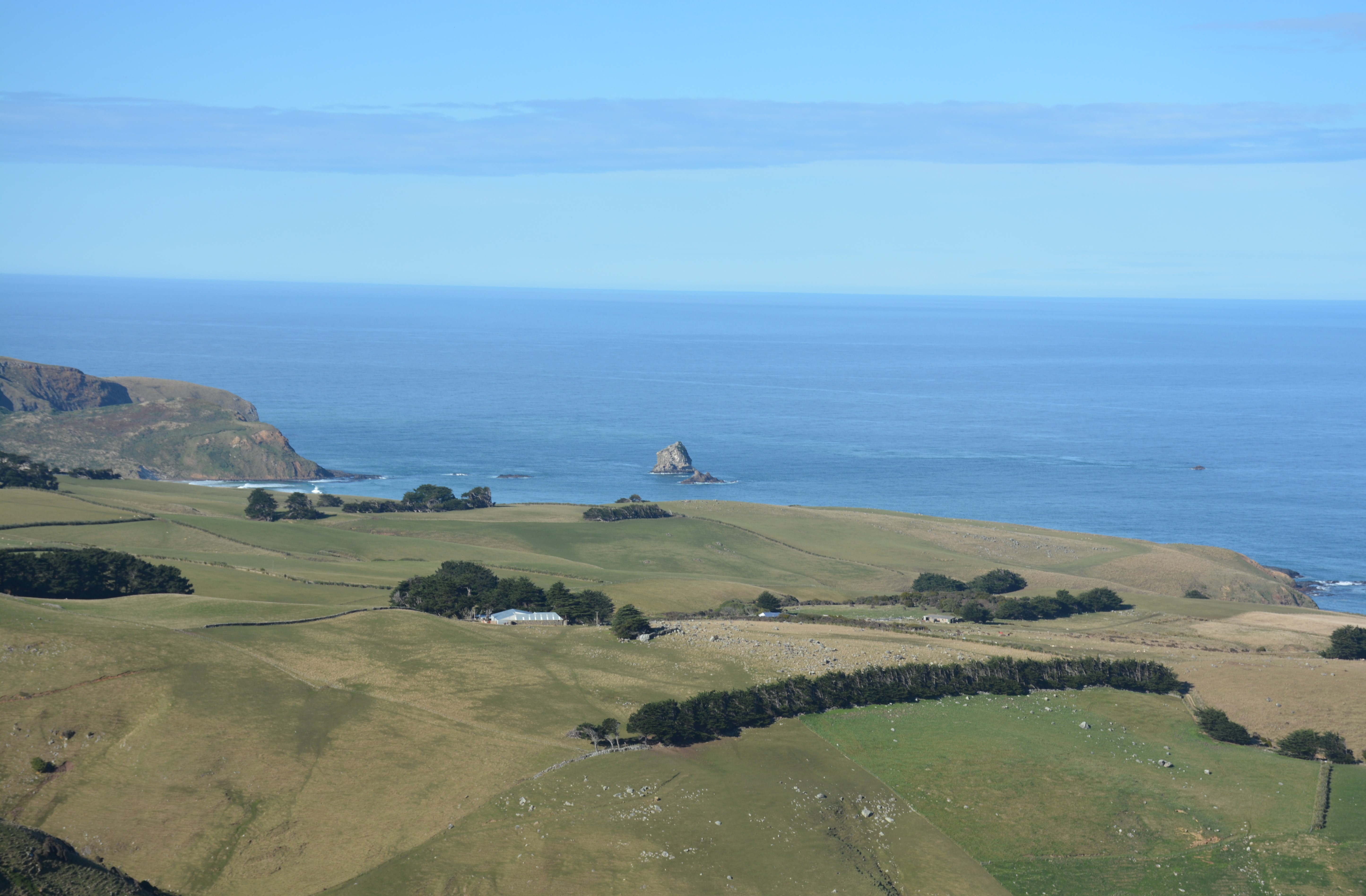 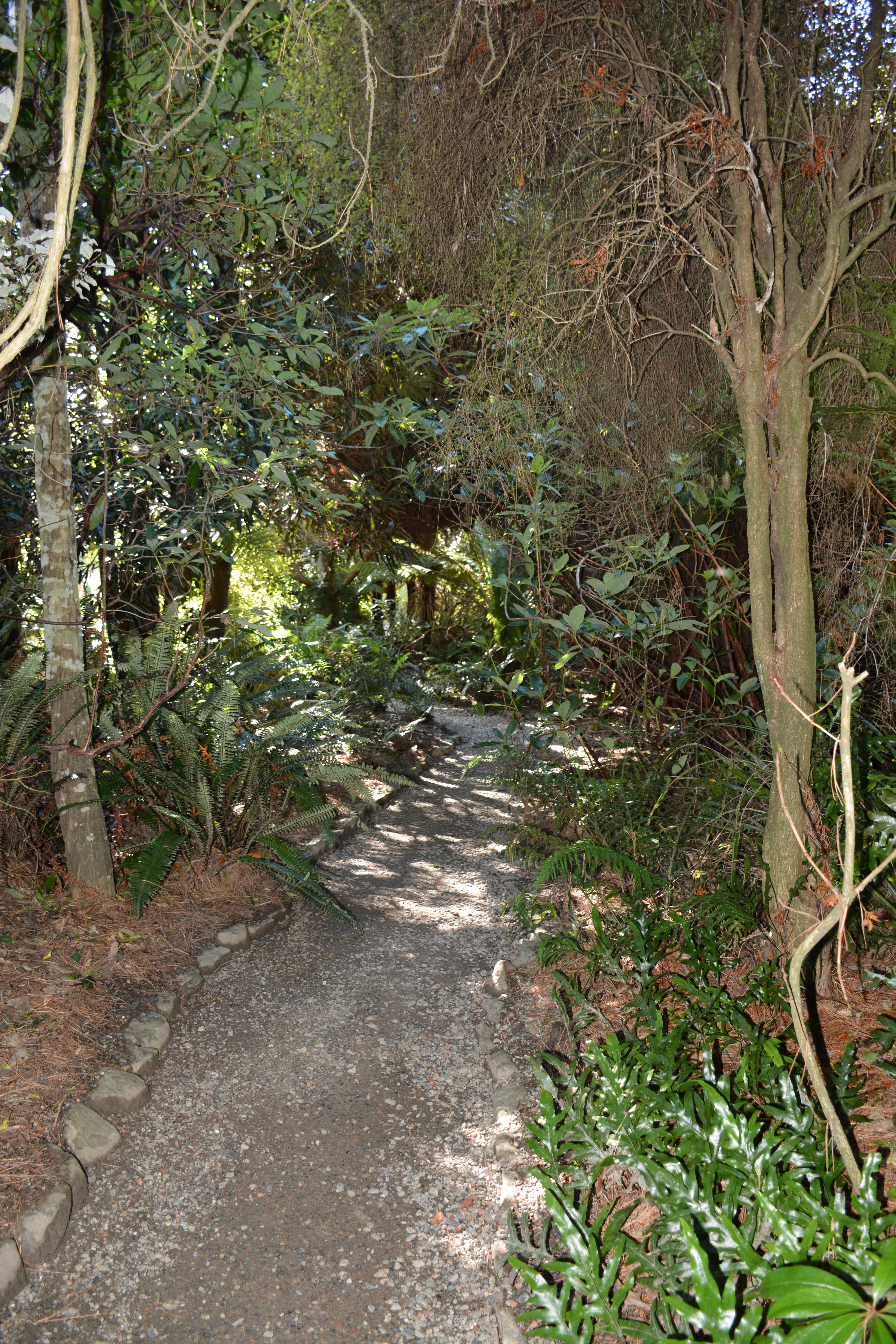 Built in 1871 by William Larnach, who was a merchant baron and politician, for his beloved first wife Eliza. 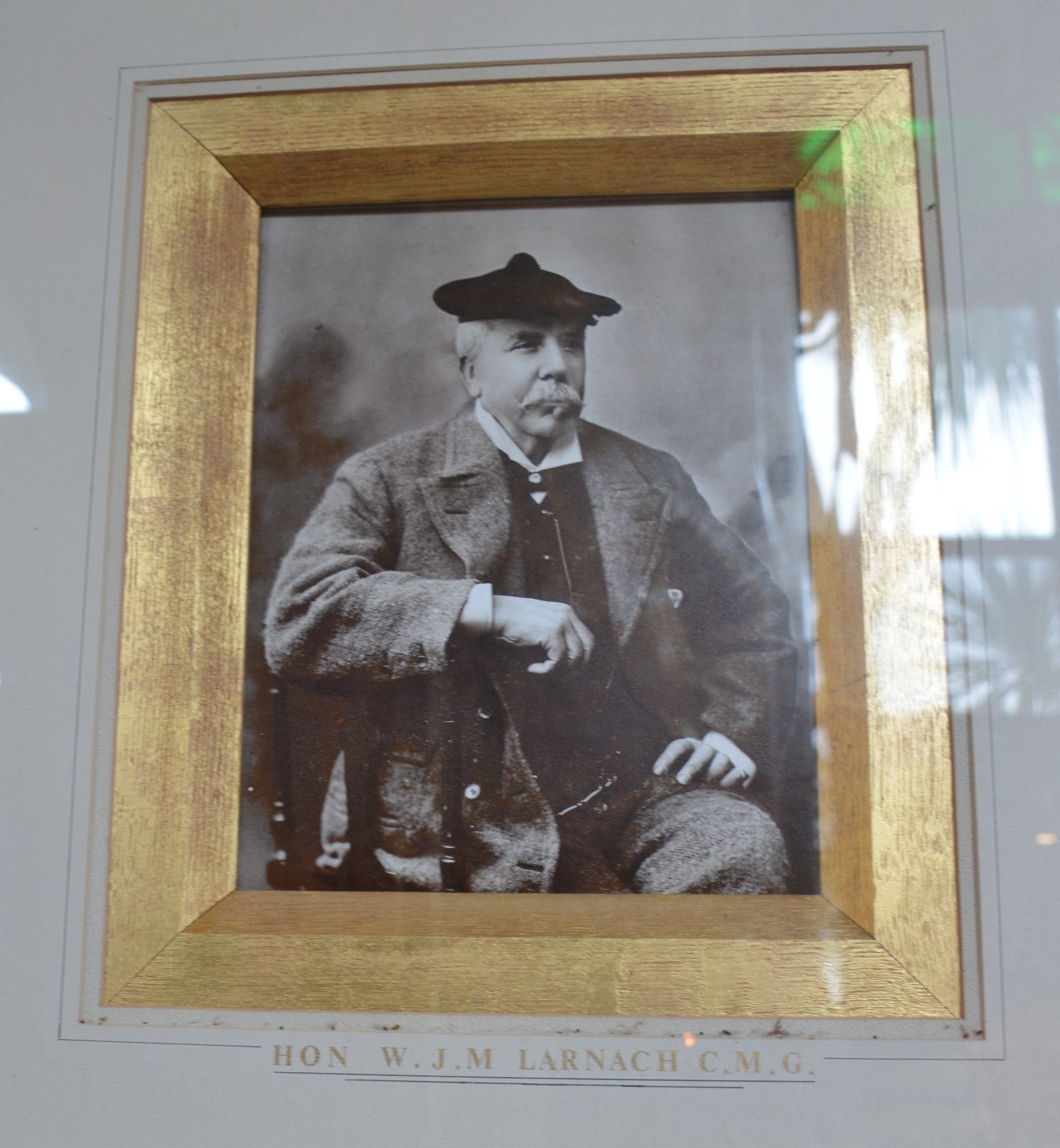 William James Mudie Larnach, of Scottish descent, was born in 1833 in New South Wales, Australia.  His banking career began in Melbourne then followed the gold rush to the Australian goldfields where he was manager of the Bank of New South Wales at Ararat.  His bank was a tent and his equipment consisted of dogs, a gun, and strong boxes. 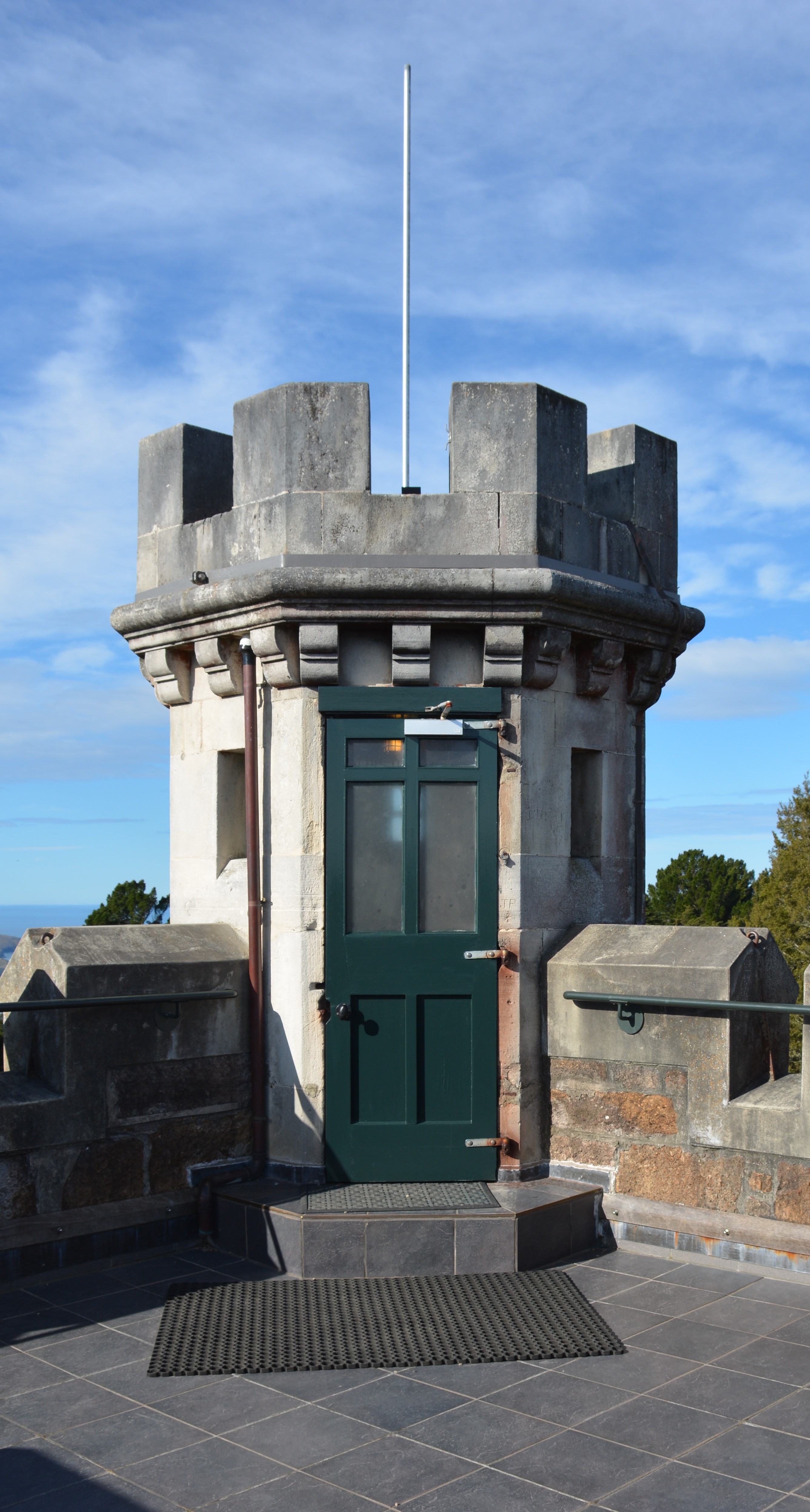 When gold was discovered in Otago, New Zealand, in the 1860’s, Larnach was offered the position of manager of the Bank of Otago in Dunedin, which serviced the extensive goldfields.  He sailed for Dunedin in 1867. 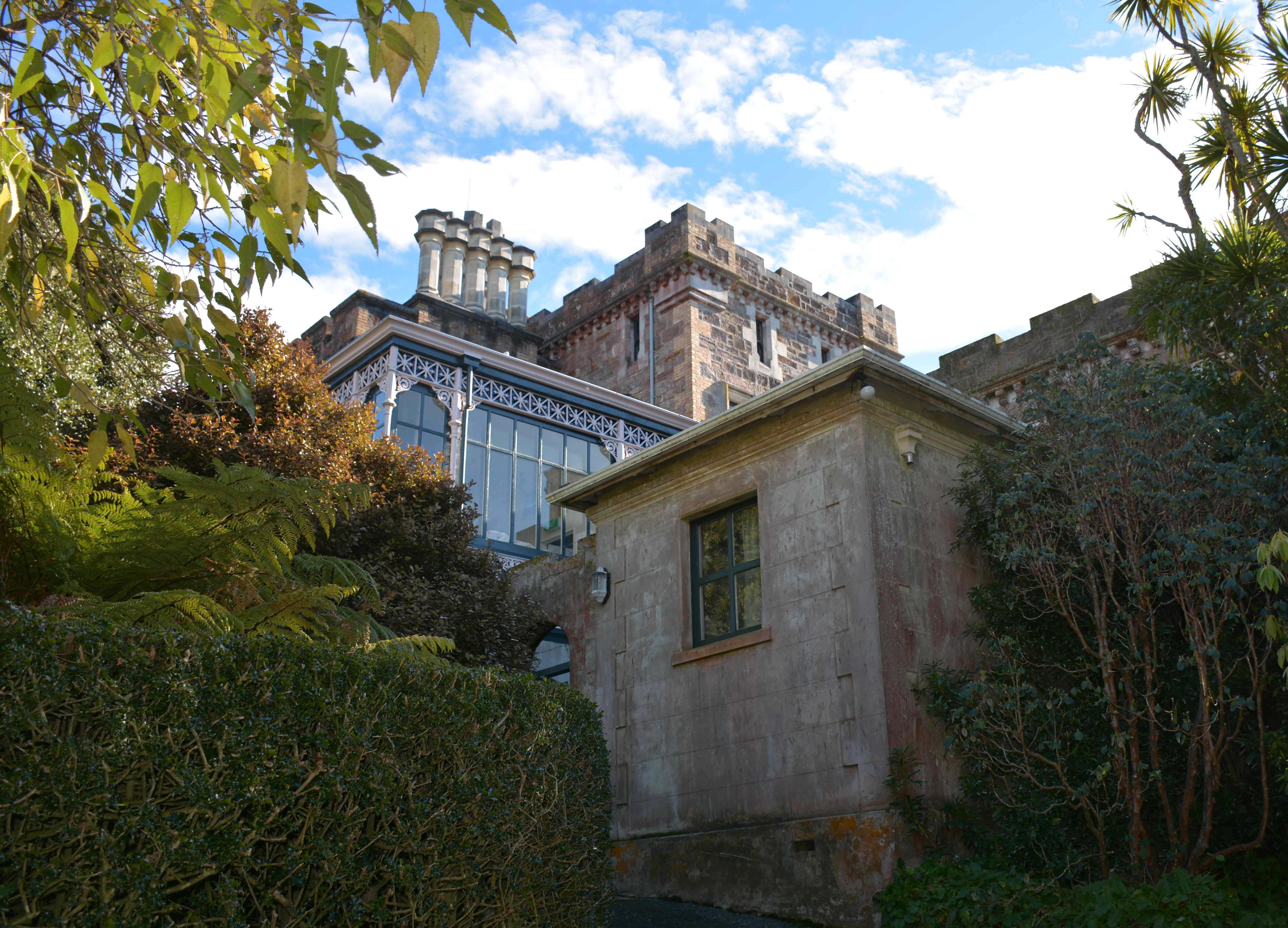 Larnach’s brilliant career encompassed his merchant empire “Guthrie and Larnach”, banking, shipping, farming, landholding, politics and… speculation.  He travelled extensively and was a cabinet minister in the New Zealand Government, holding various portfolios, over a period of twenty-five years. He was married three times and had six children. 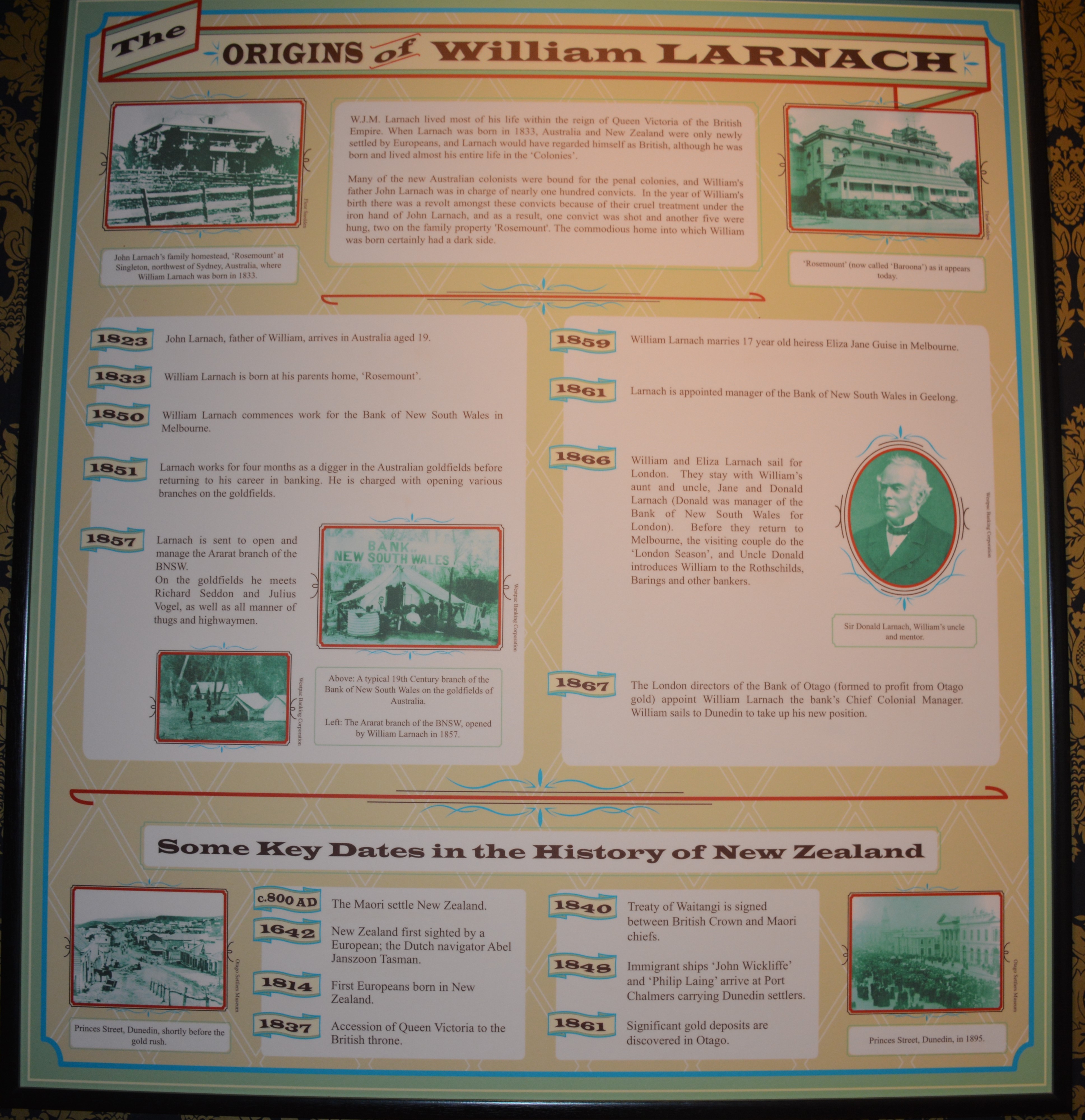 He was pre-deceased by his first two wives and his eldest daughter, Kate.  He took his own life in the New Zealand Parliament Buildings in 1898. 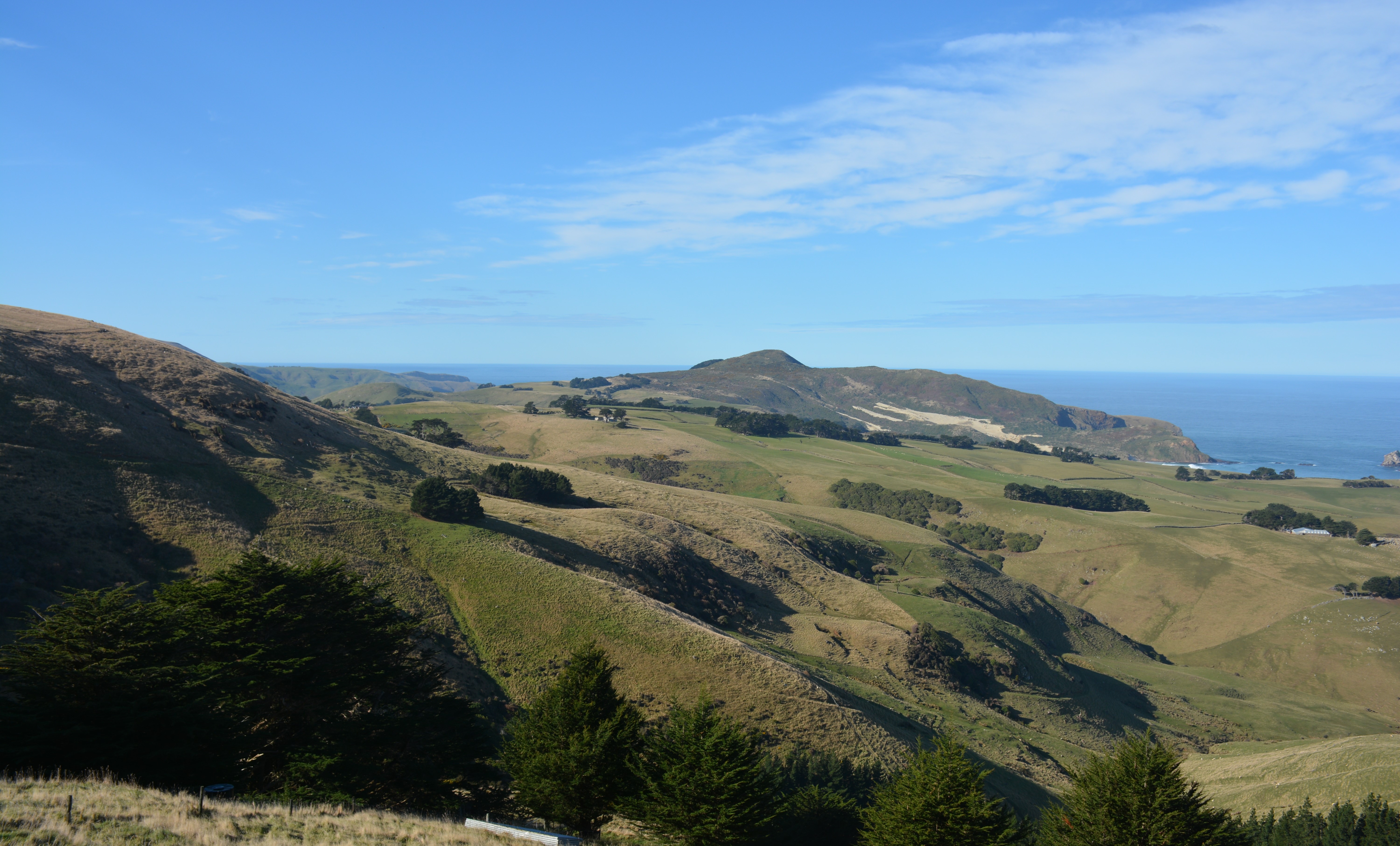 A story is told that William and one of his sons went for a horse ride along the top of the Otago Peninsula to choose the best site for their home. Today you can still see why this site was chosen as it has wonderful panoramic views of Dunedin, Otago Harbour, the Peninsula and the Pacific Ocean. 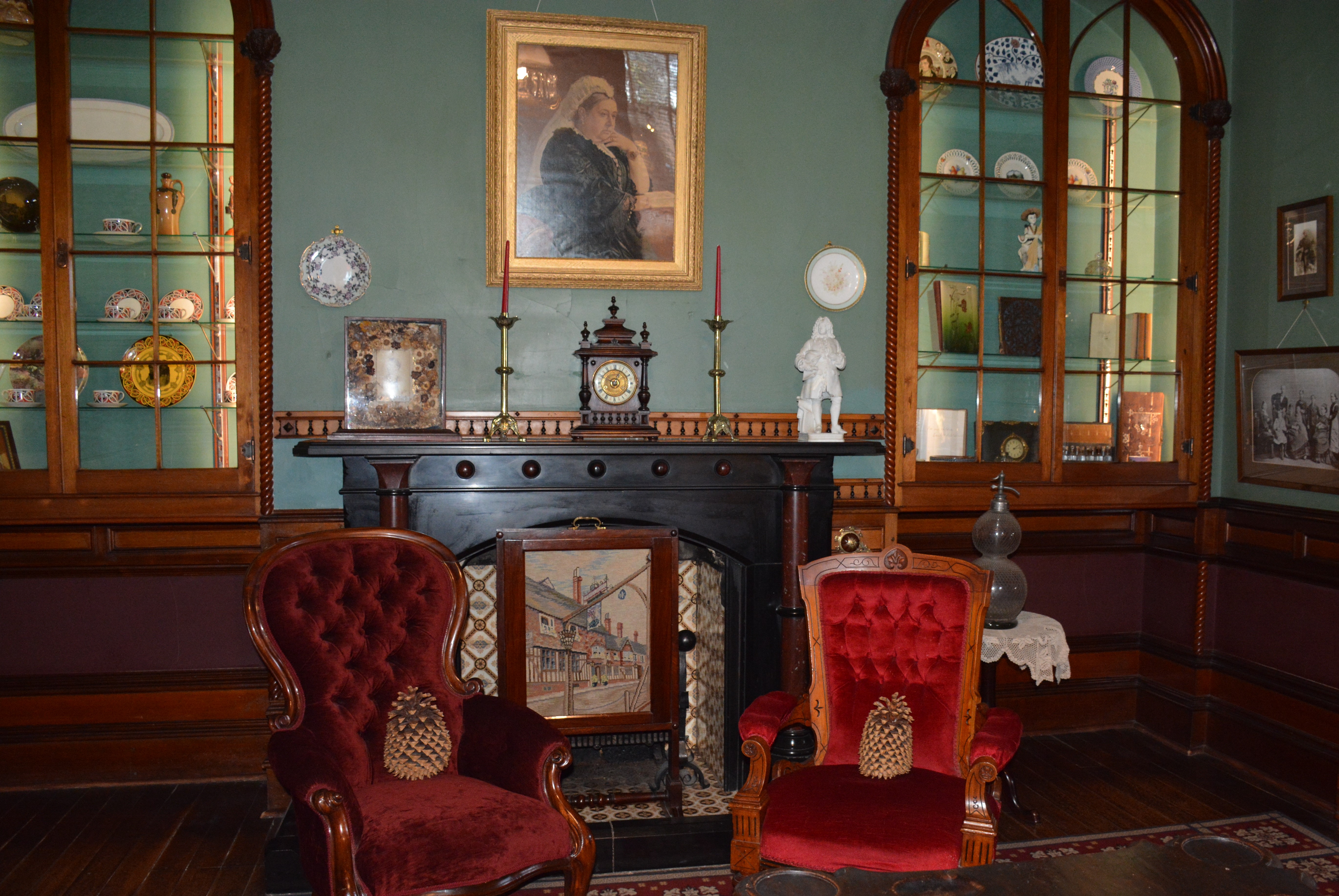 First the site was clear-felled, then the hill site was levelled by putting pegs into the volcanic rock and pouring salt water on them to split the rock. 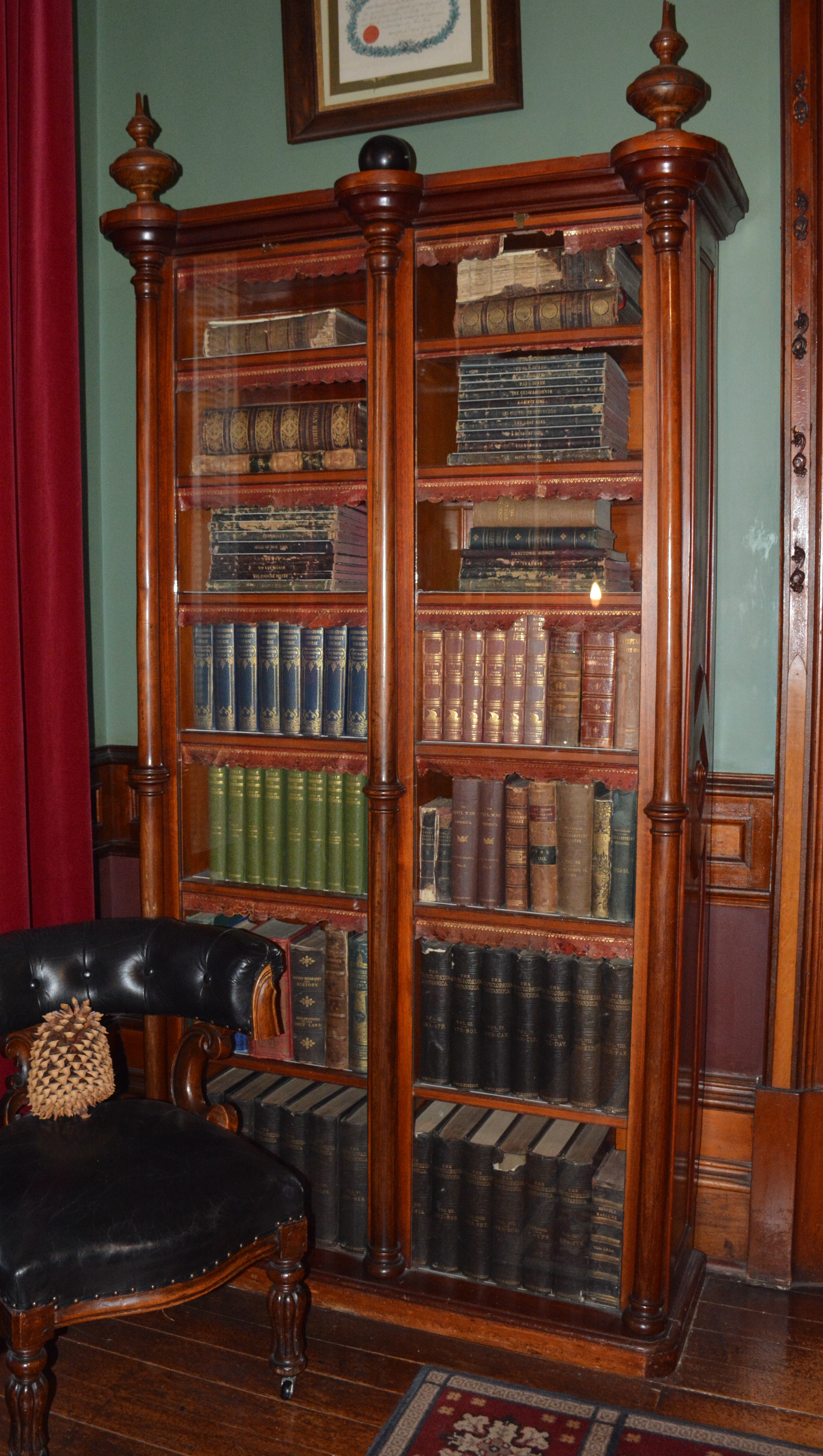 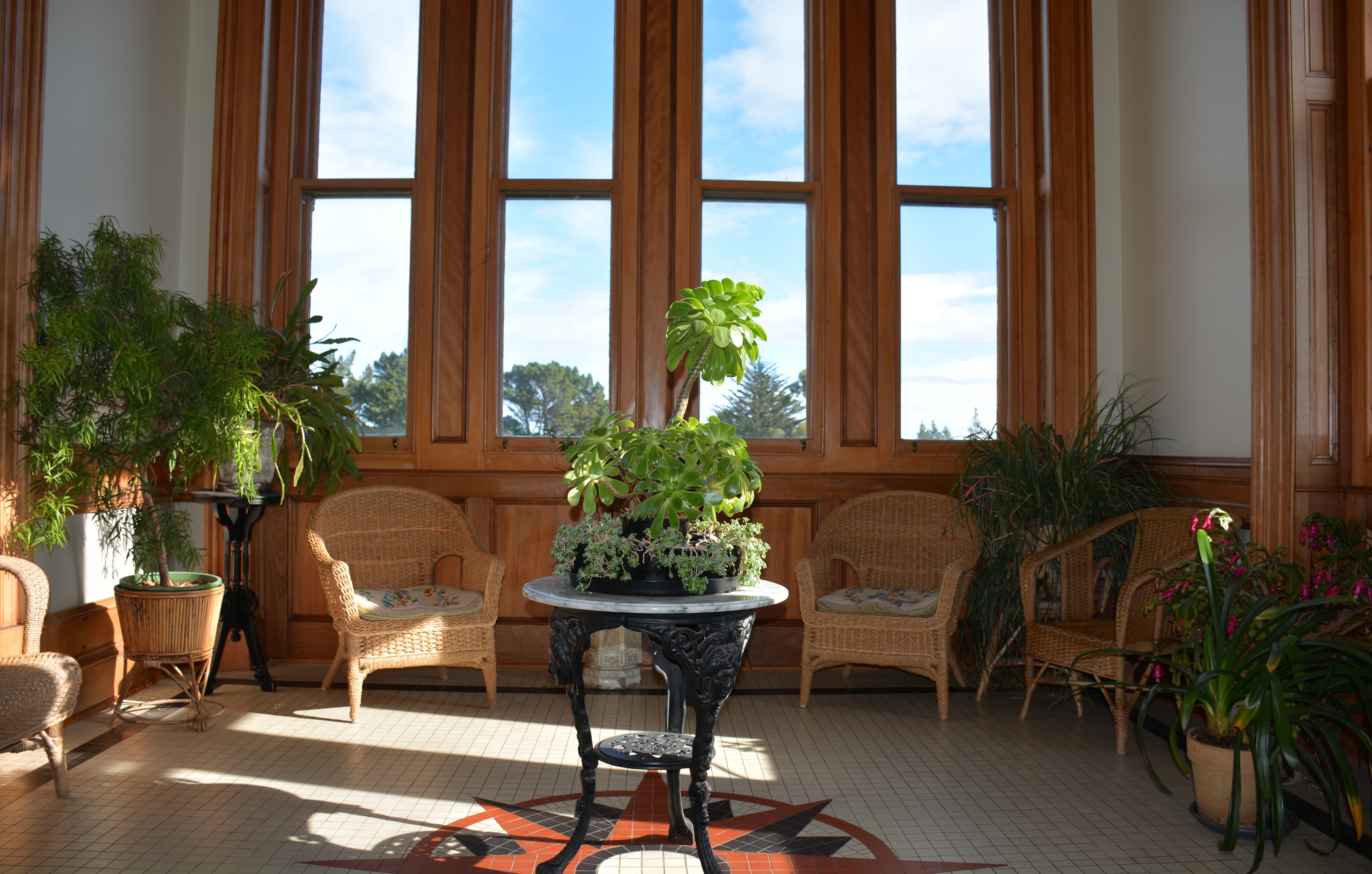 Materials from all over the world were used – marble from Italy, slate from Wales, floor tiles from England, glass from Venice and France. No expense was spared! (Take note of all the detail in the wood-work) 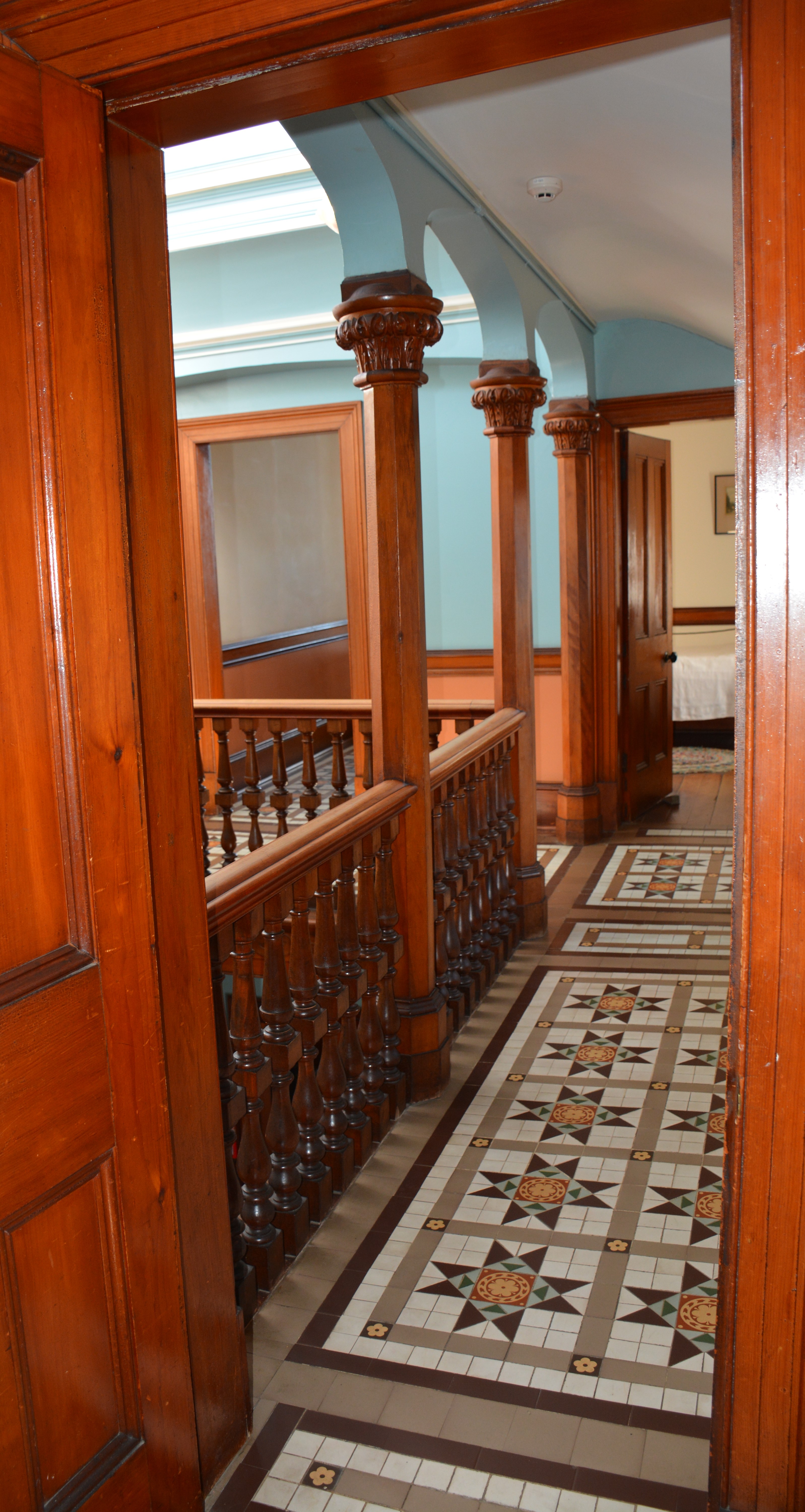 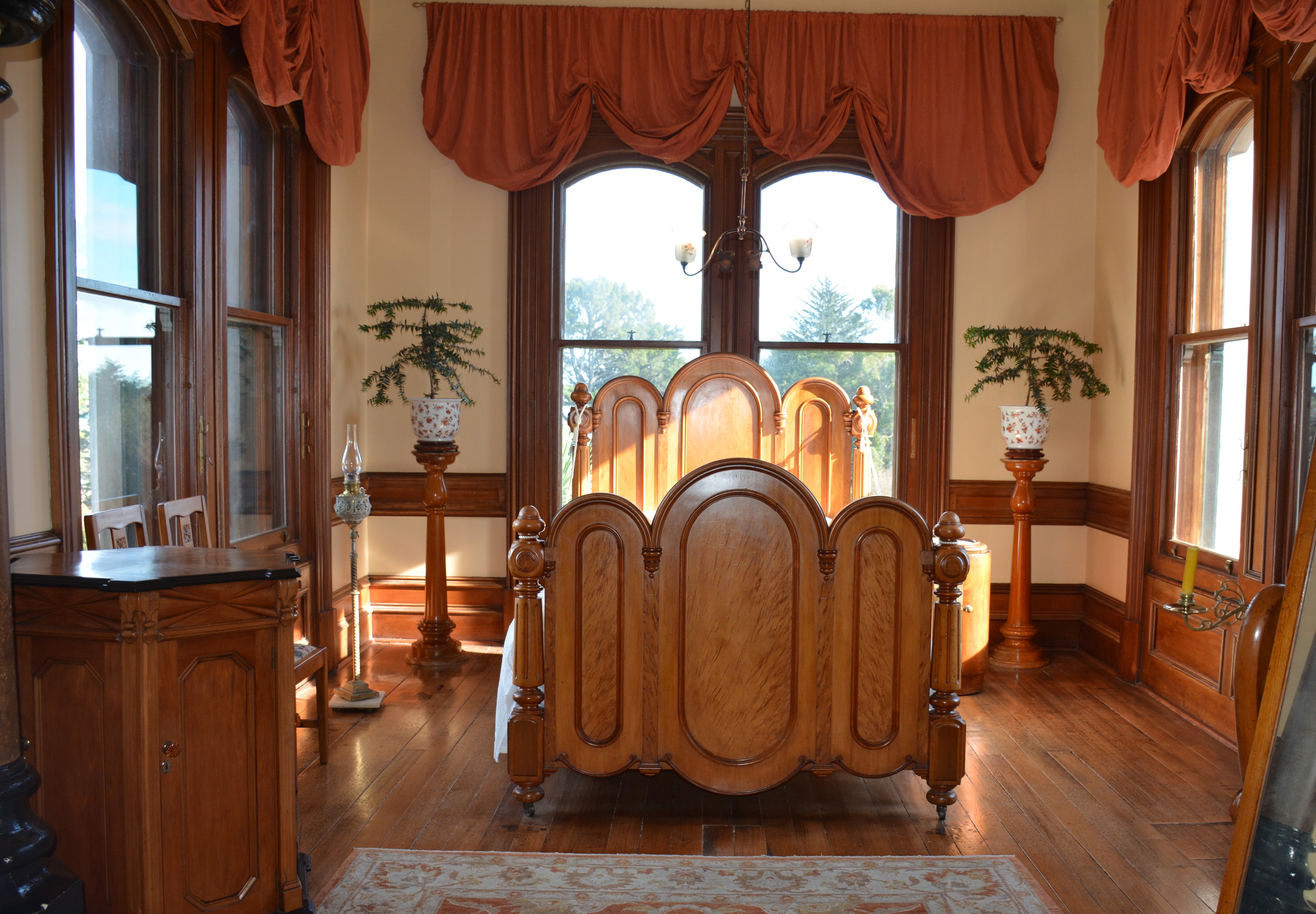 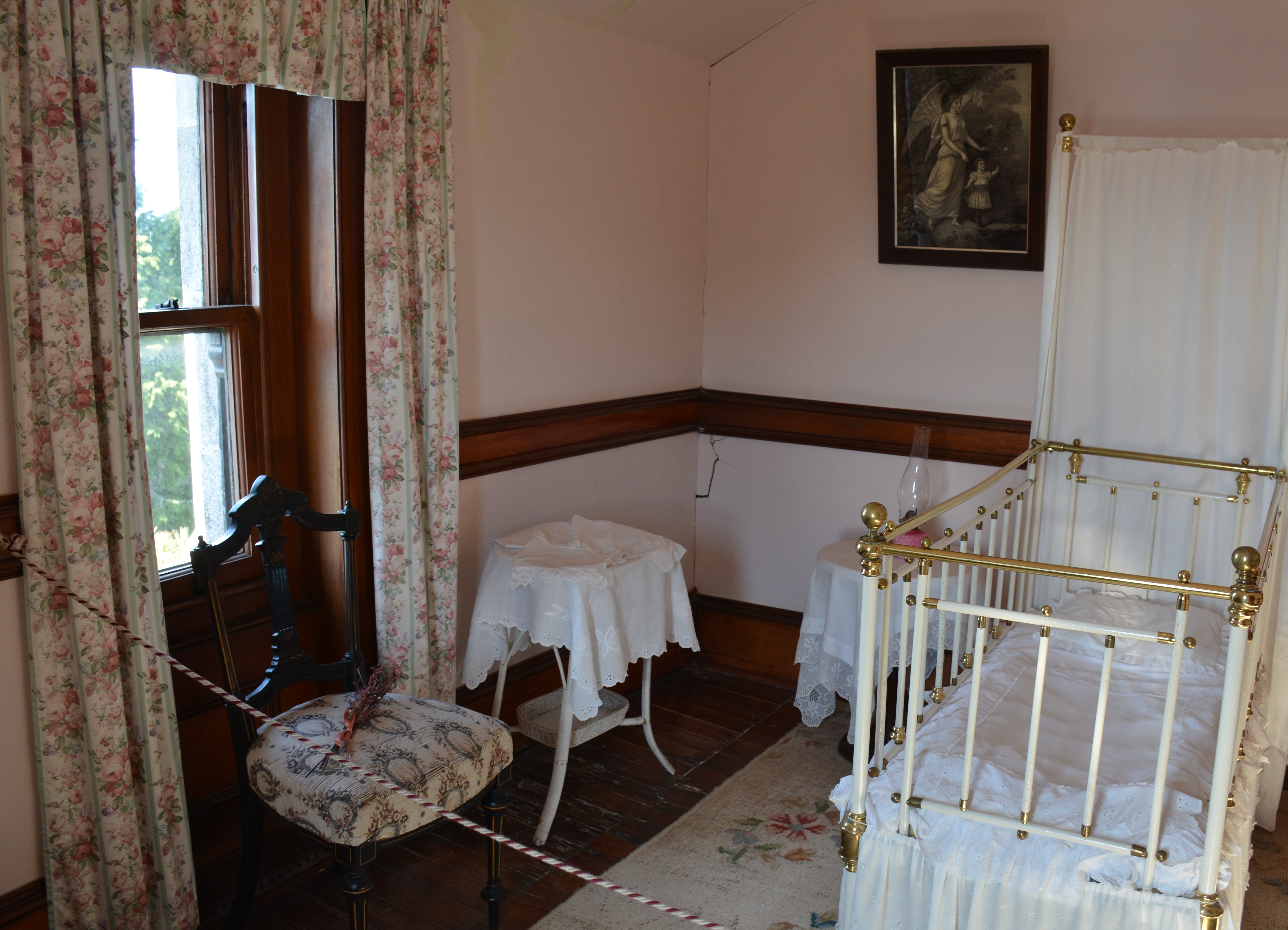 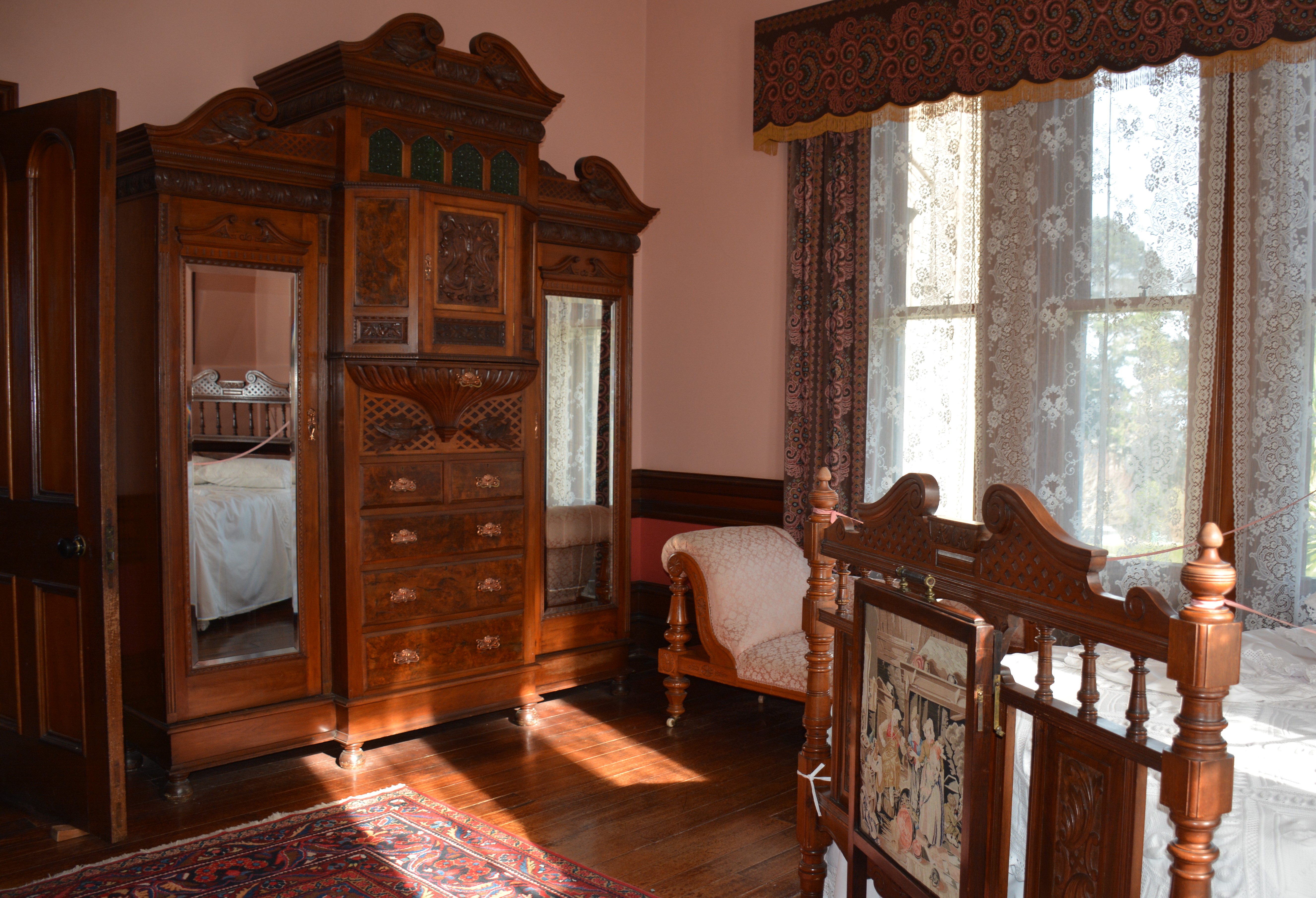 Larnach then married a much younger lady, Constance de Bathe Brandon.  He was struck by tragedy when his favourite daughter Kate died in her 20s. 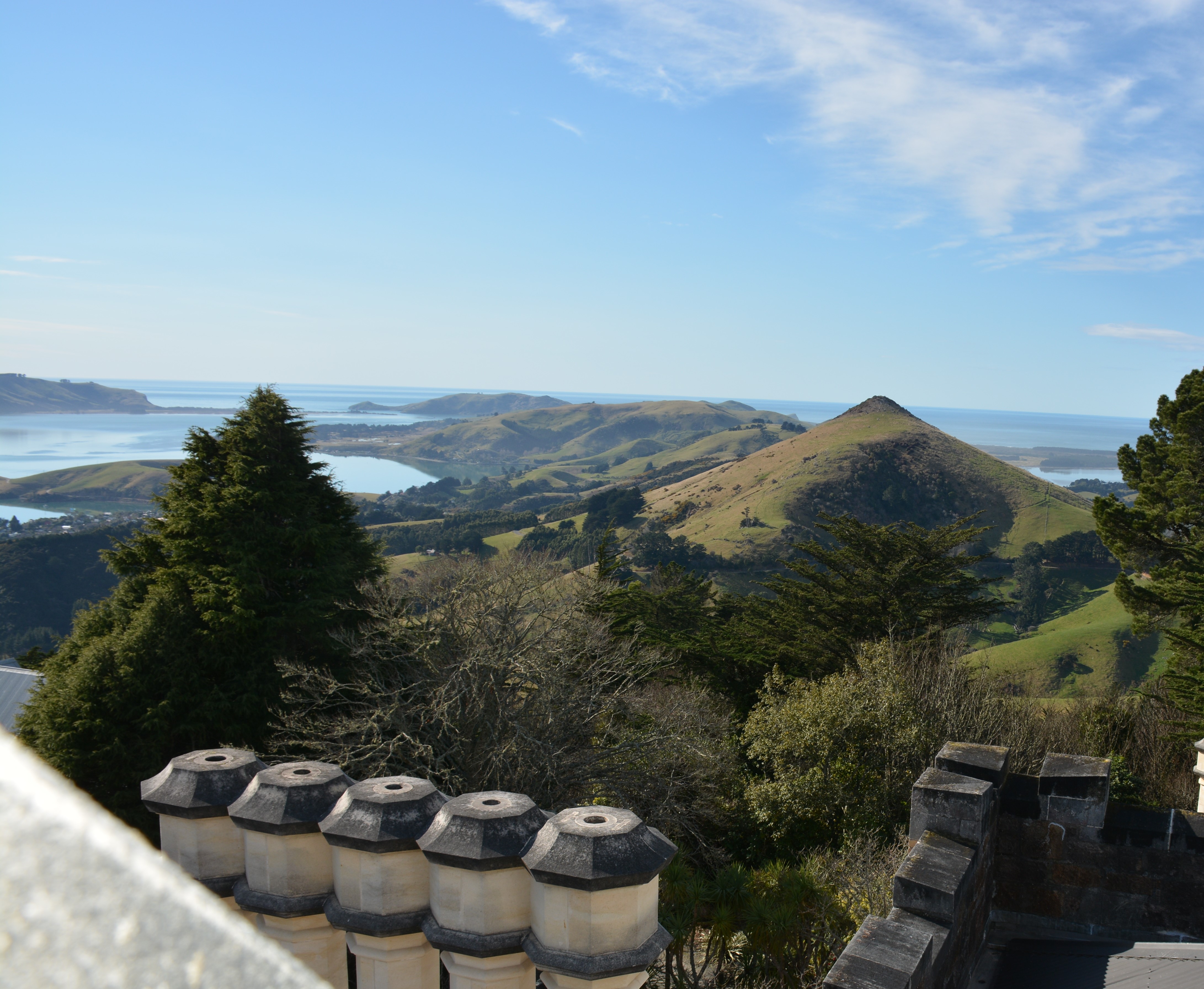 Five of the children were sent to England for their education. This meant long sea voyages and a lot of time away from the Castle and family. 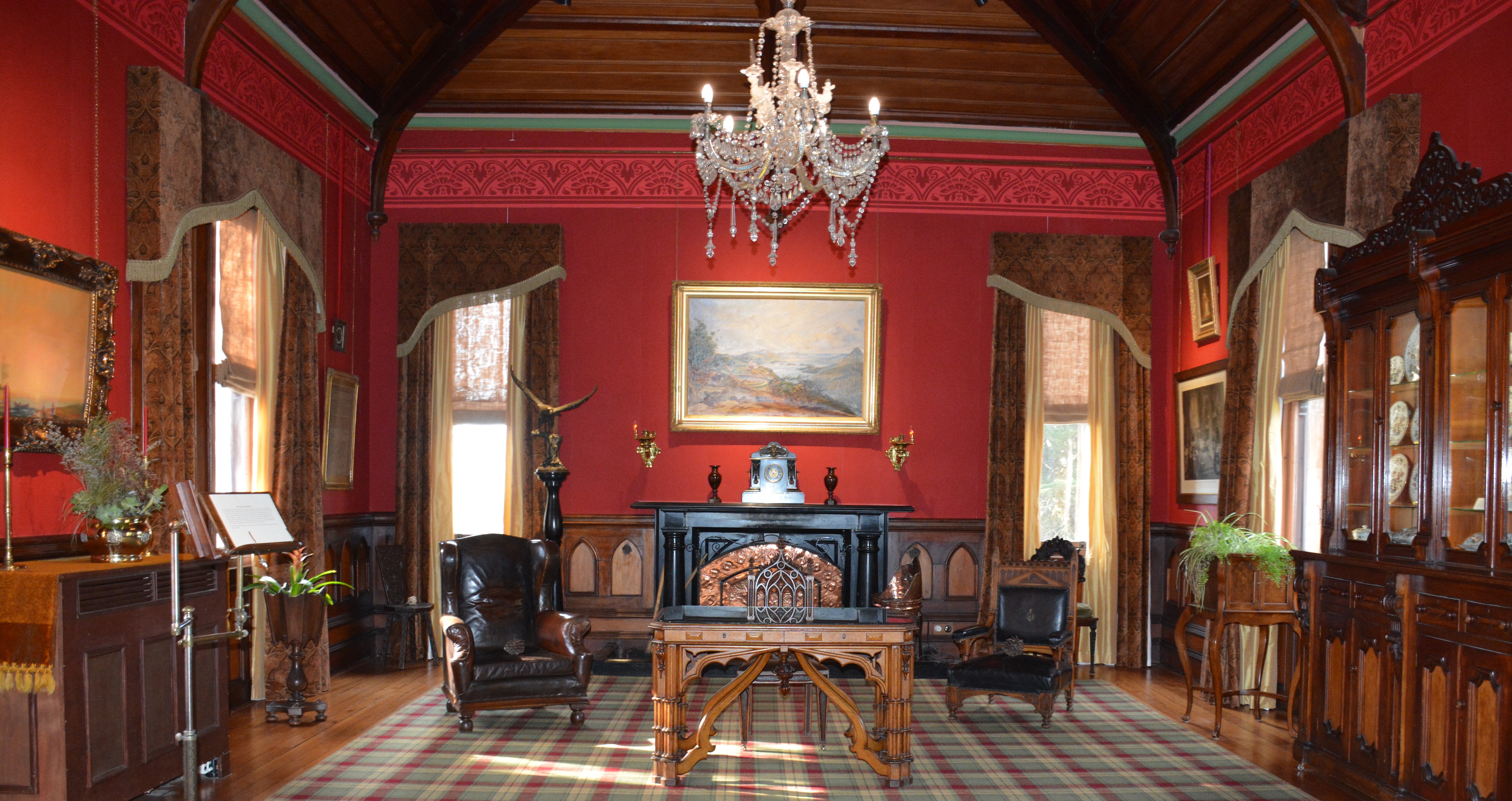 After Larnach’s suicide in 1898 the family was further torn apart by legal battles over Larnach’s property as he died intestate. The family then sold the Castle in 1906. 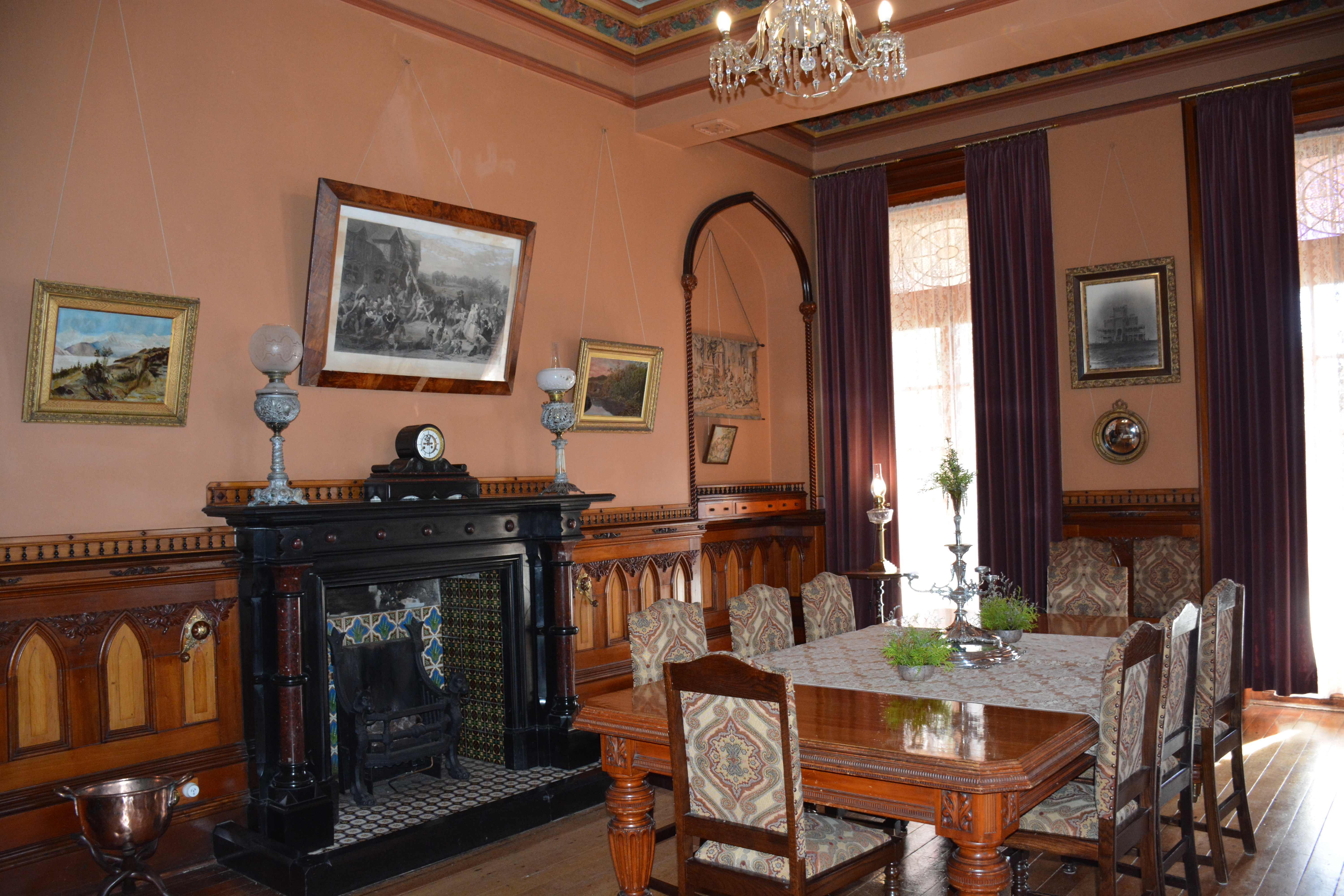 At this stage, The Castle is privately owned and cared for by the Barker family who purchased it as their home in 1967. 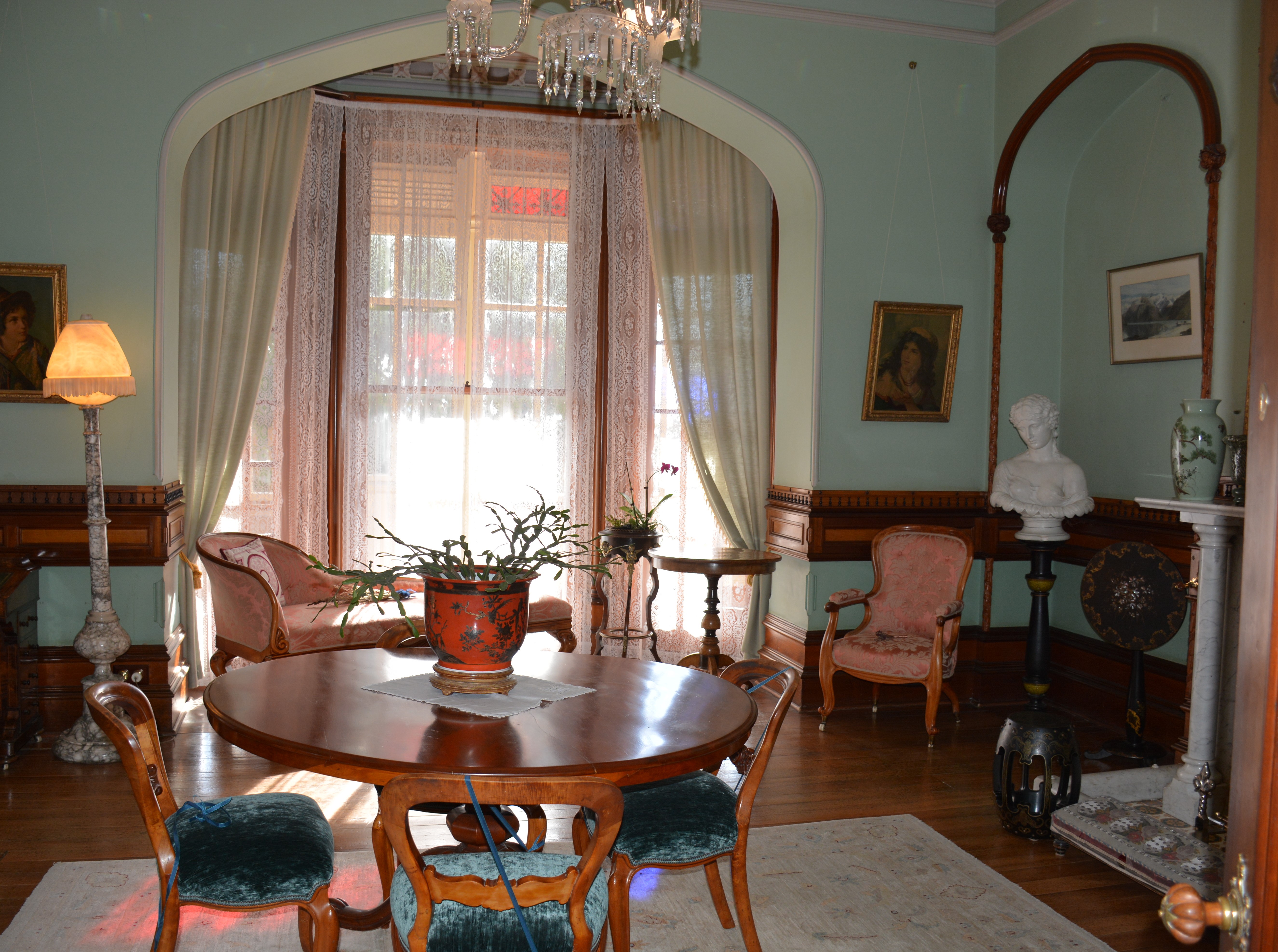 Decades have been spent on the Castle’s restoration, with the family having restored empty buildings from ruin and assembled a large collection of original New Zealand period furniture and antiques.

This living collection showcases the craftsmanship and spirit of New Zealand. 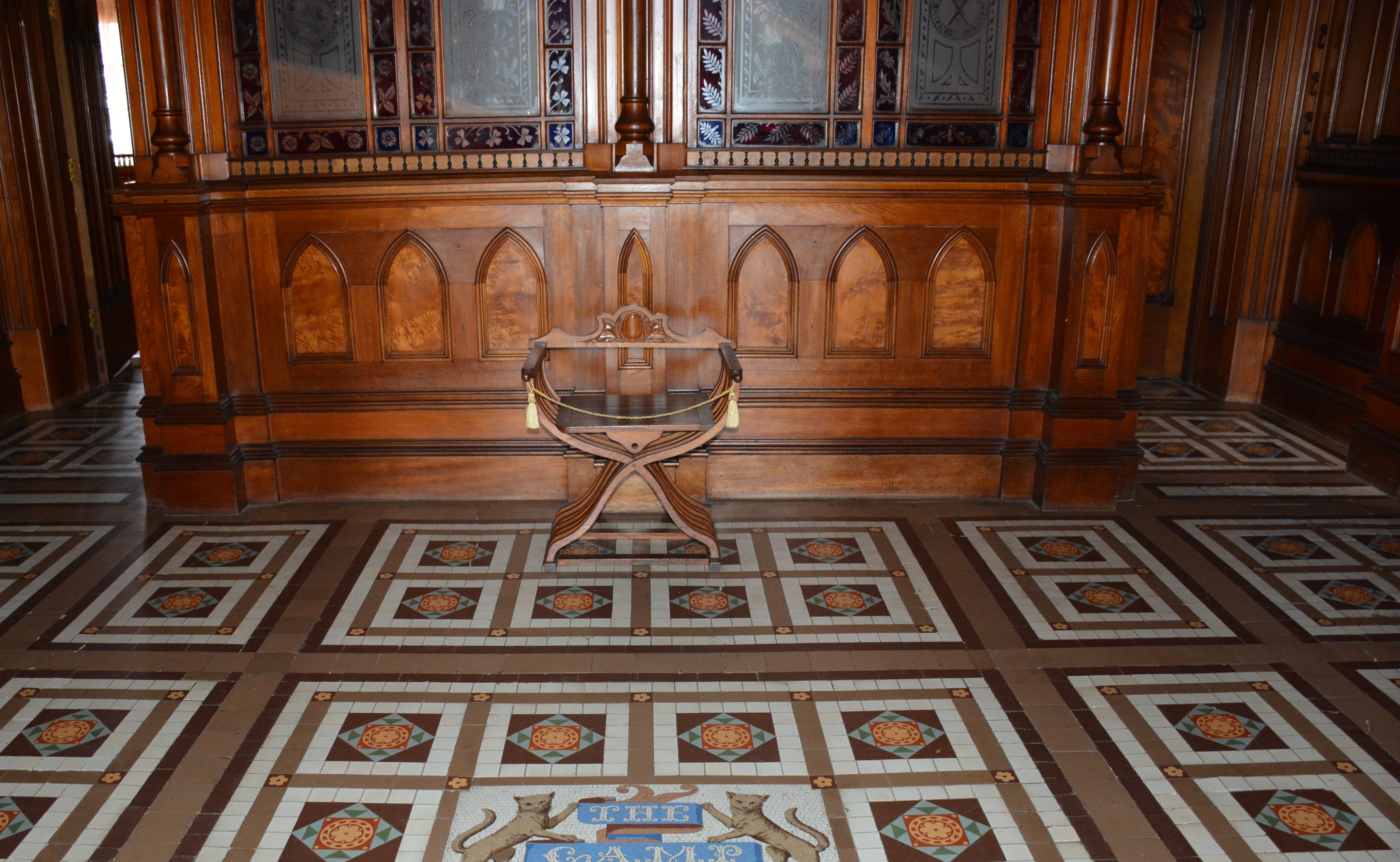 Open to the public throughout, this conservation project has been funded through admission fees. 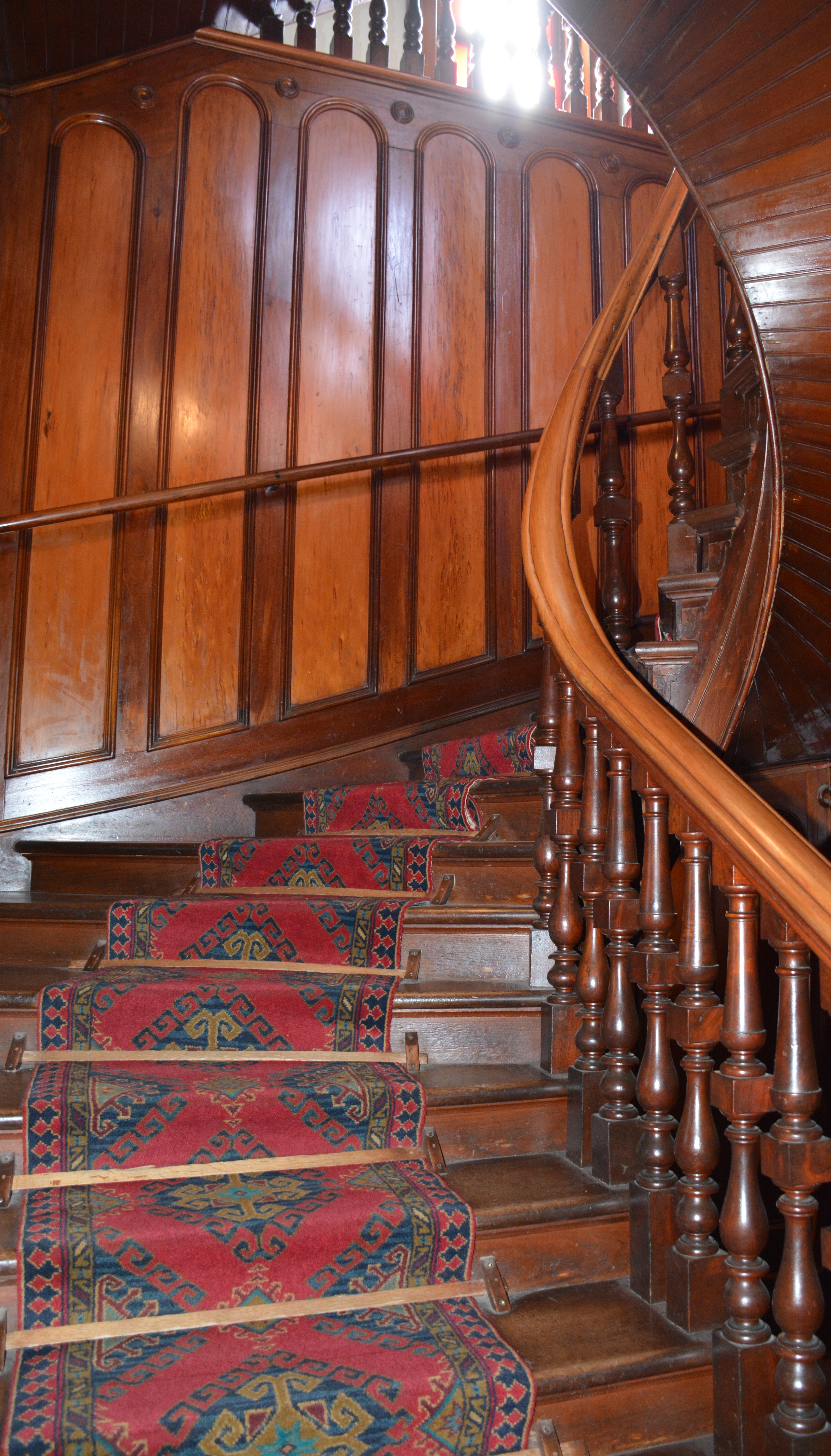 The family has always been committed to opening their home and sharing this significant period of Dunedin and New Zealand’s history.’ 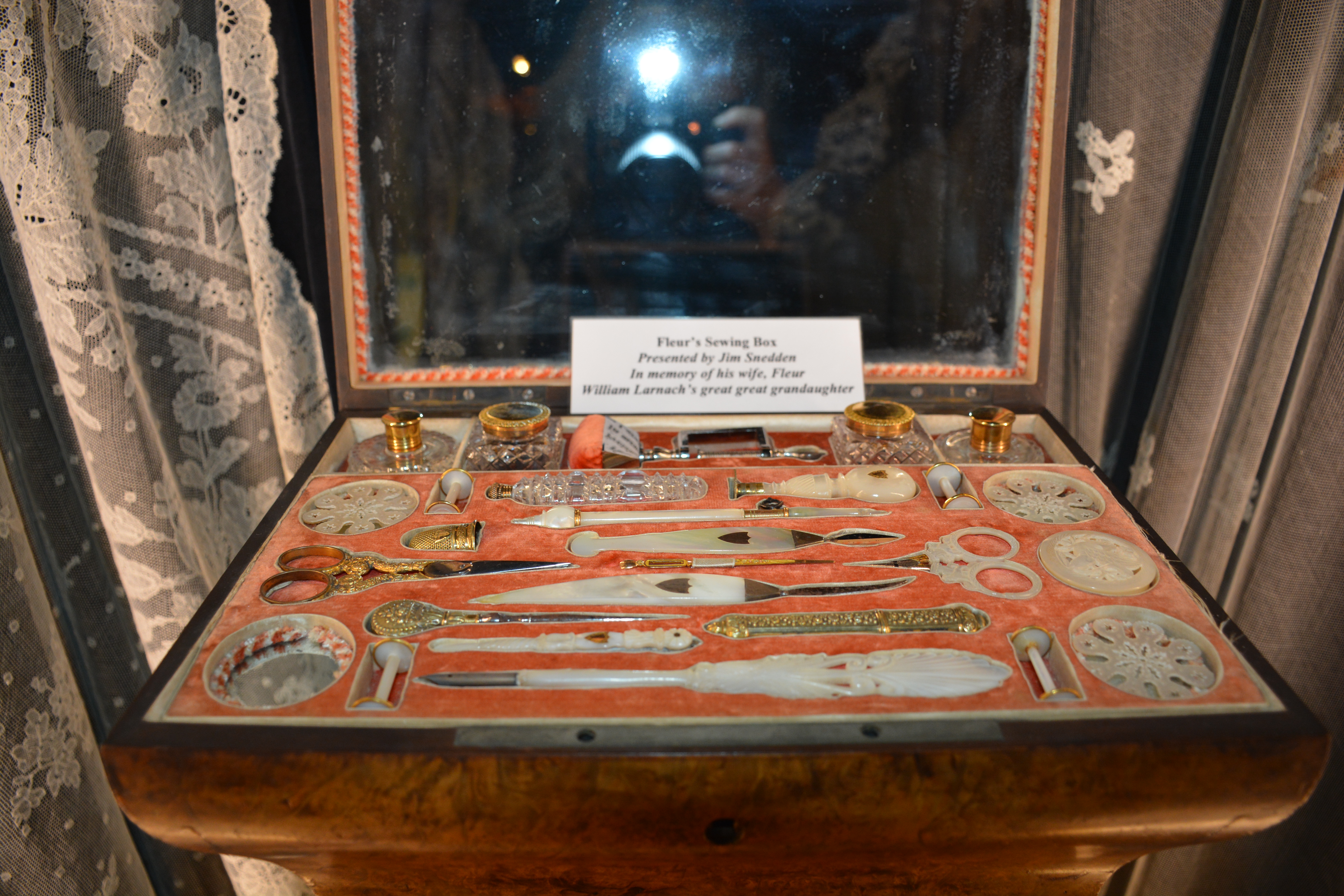 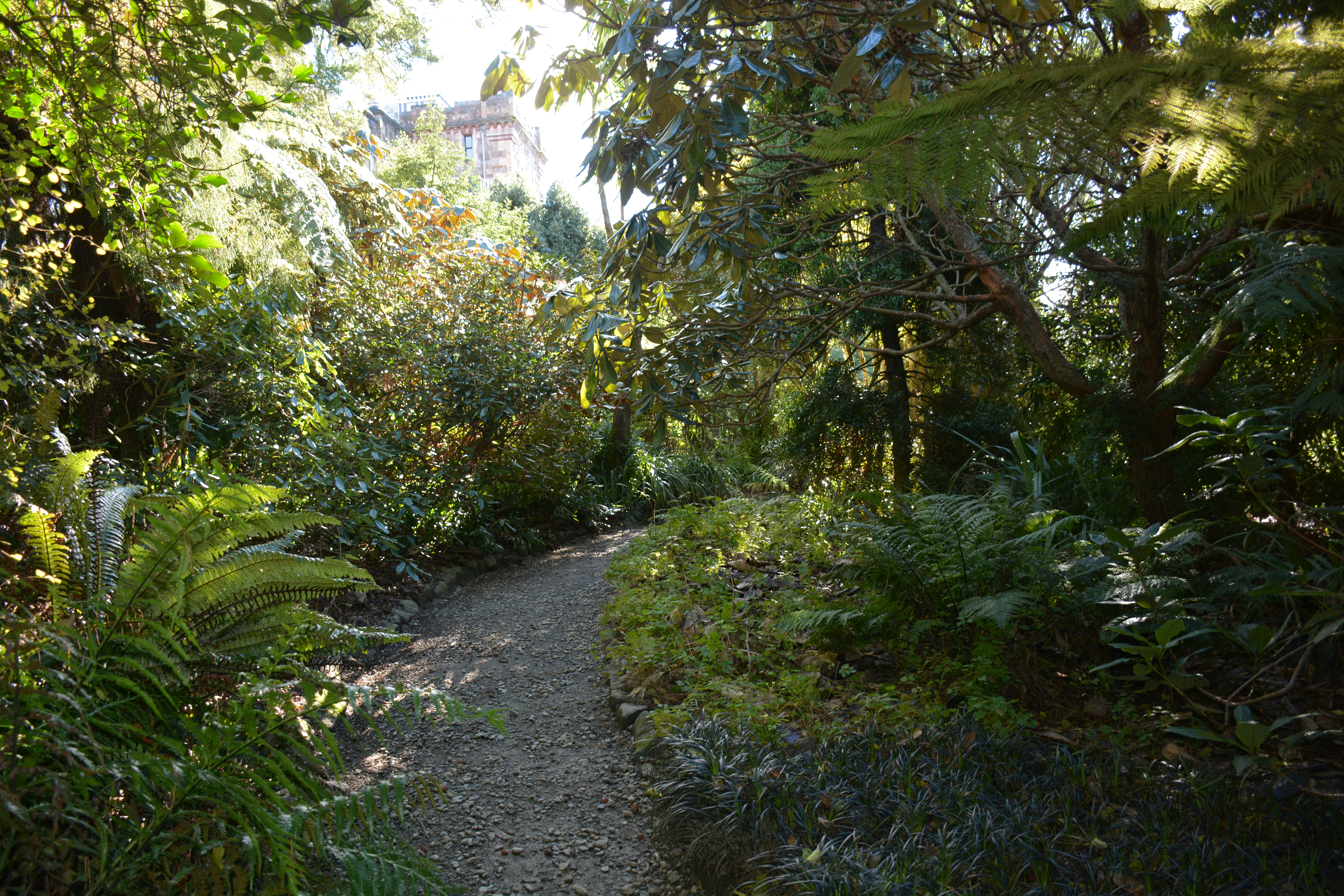 I’m still reading up on all the “scandalous stories” and maybe get some more info about old William- the man.  Perhaps this pic of a ‘thone’ in the garden will add more light . 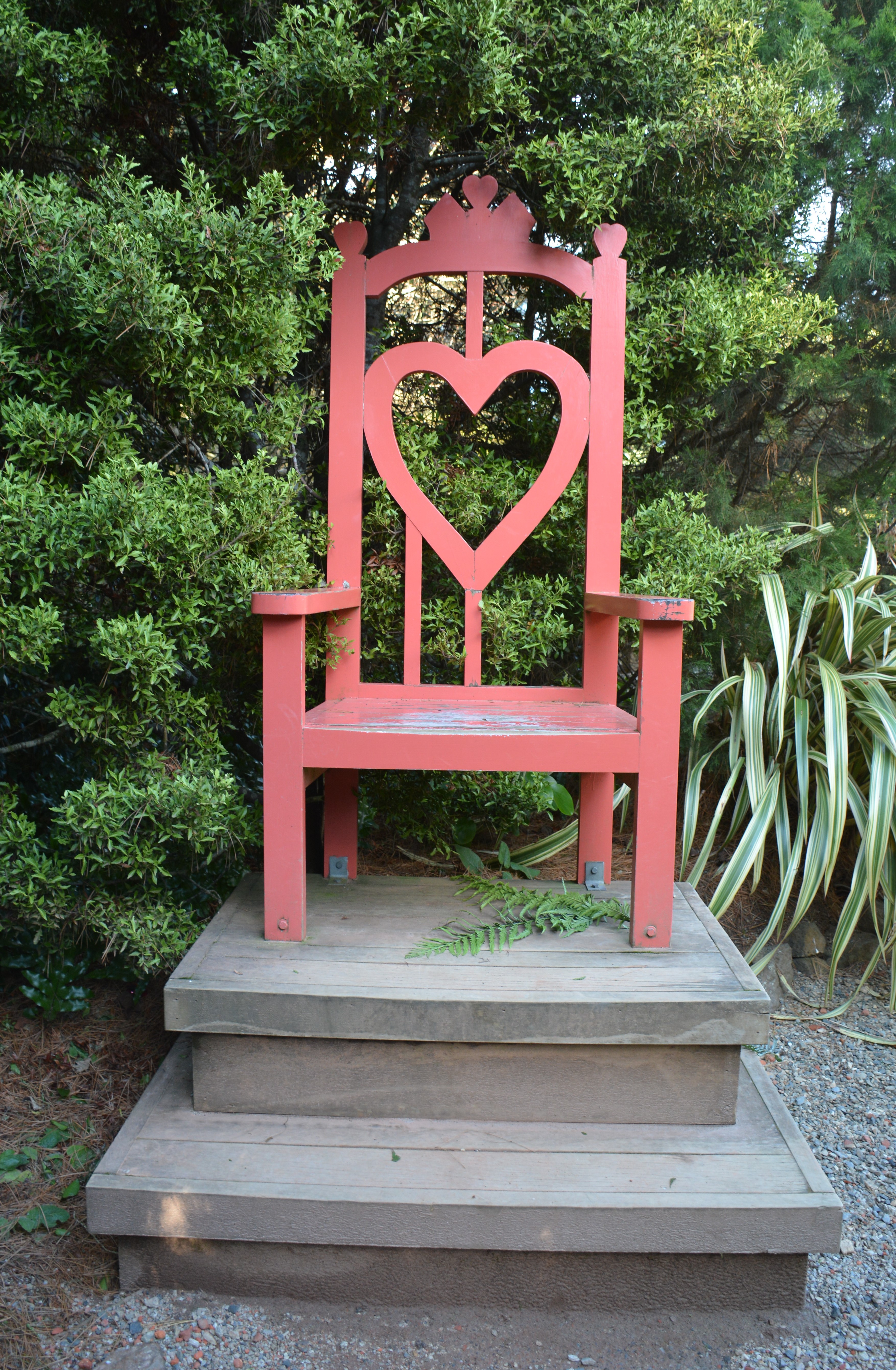 As this is a major tourist attraction in Dunedin, it’s only natural that here would be a little curio shop on site, selling all things “Larnach”, as well as other related items.  The shop is inside the castle 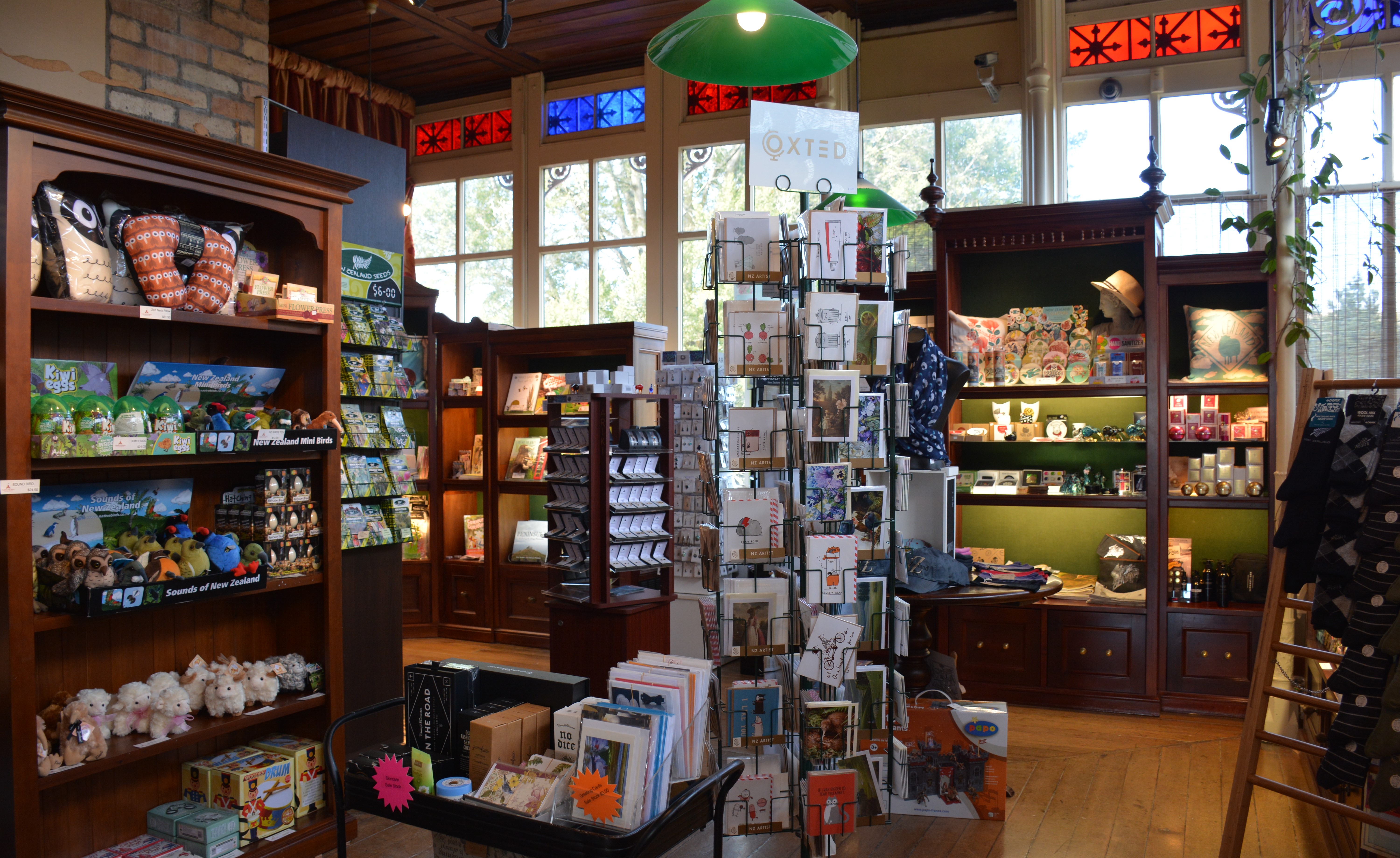