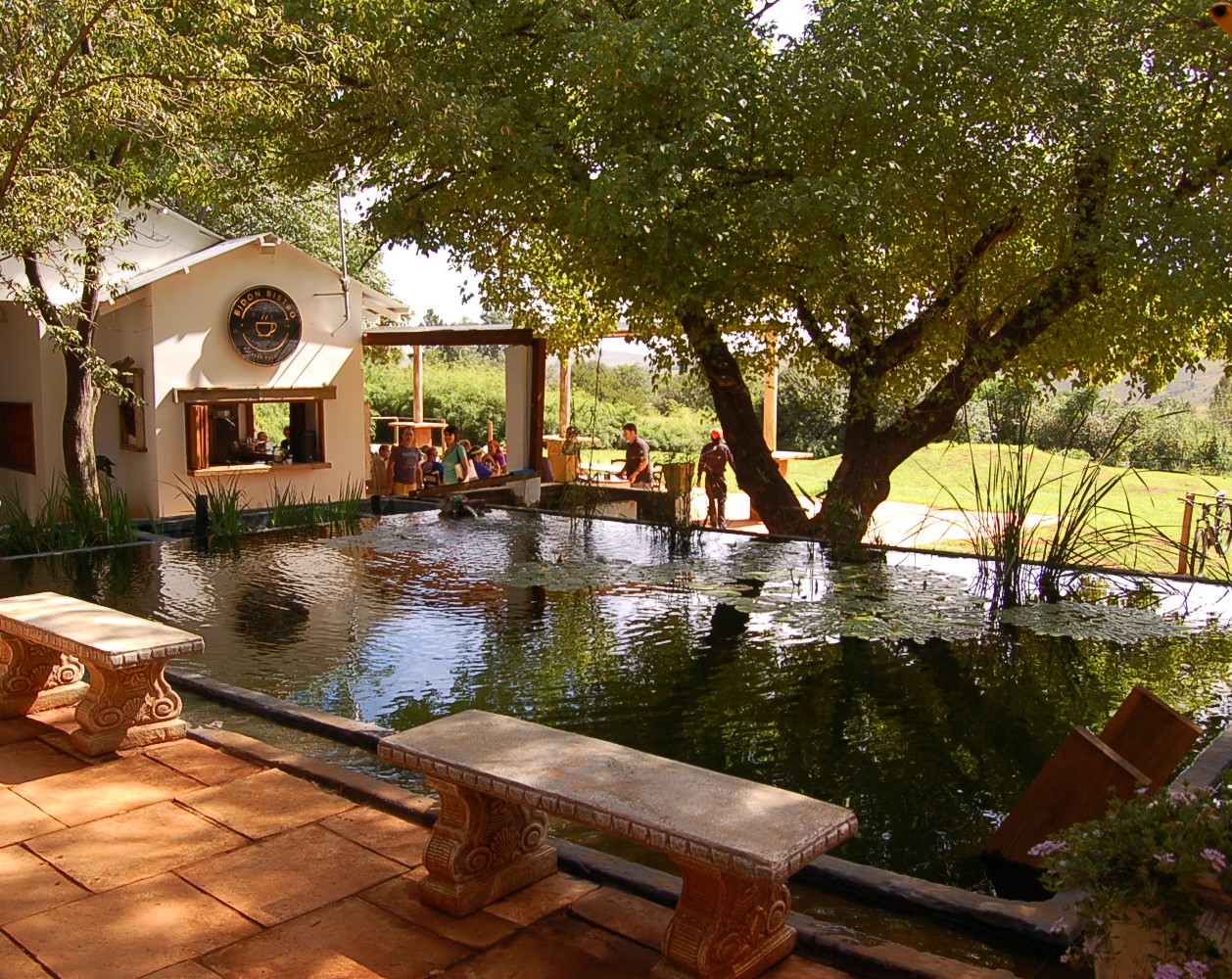 So on Sunday we decided to check out Garth Mes’s new baby – BIDON BISTRO.Garth has lived in the Cradle all his life, and it has been one of his life’s ambitions to build a restaurant that would be able to serve both the local residents, as well as those coming into our beautiful World Heritage Site.  Garth tells me that “bidon” means bicycle water bottle in French.

Situated right in The Cradle of Humankind, right next door to Kloofzigt Lodge, Bidon is attracting much attention with cyclists and non cyclists alike. 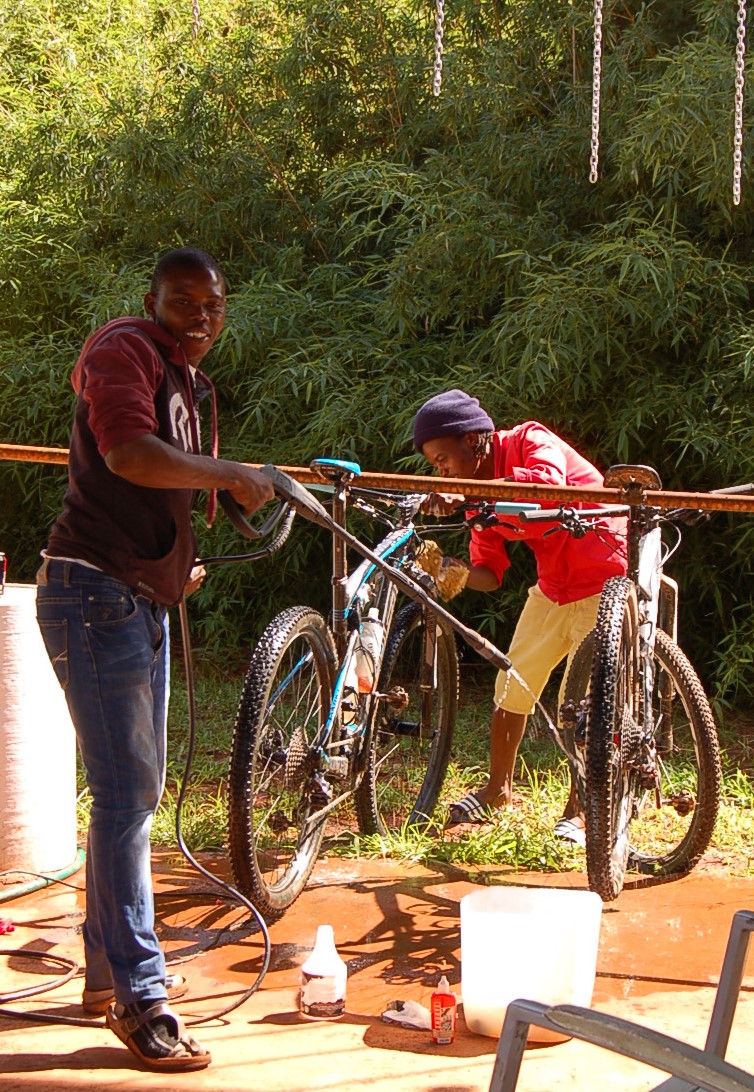 Set under giant Oak trees, surrounding a rather large Koi pond, Garth has made every effort to give the feel of a rustic bistro with quirky old-world charm. I mean….where does one find a massive chandelier hanging high up in a giant oak tree?? Or a waterfall/water feature made in an old reservoir with metal chains forming the run-downs?   Cyclists can pull in there and park their bicycle in the “bicycle wash”, where friendly guys will wash and polish your bike while you have breakfast or lunch. 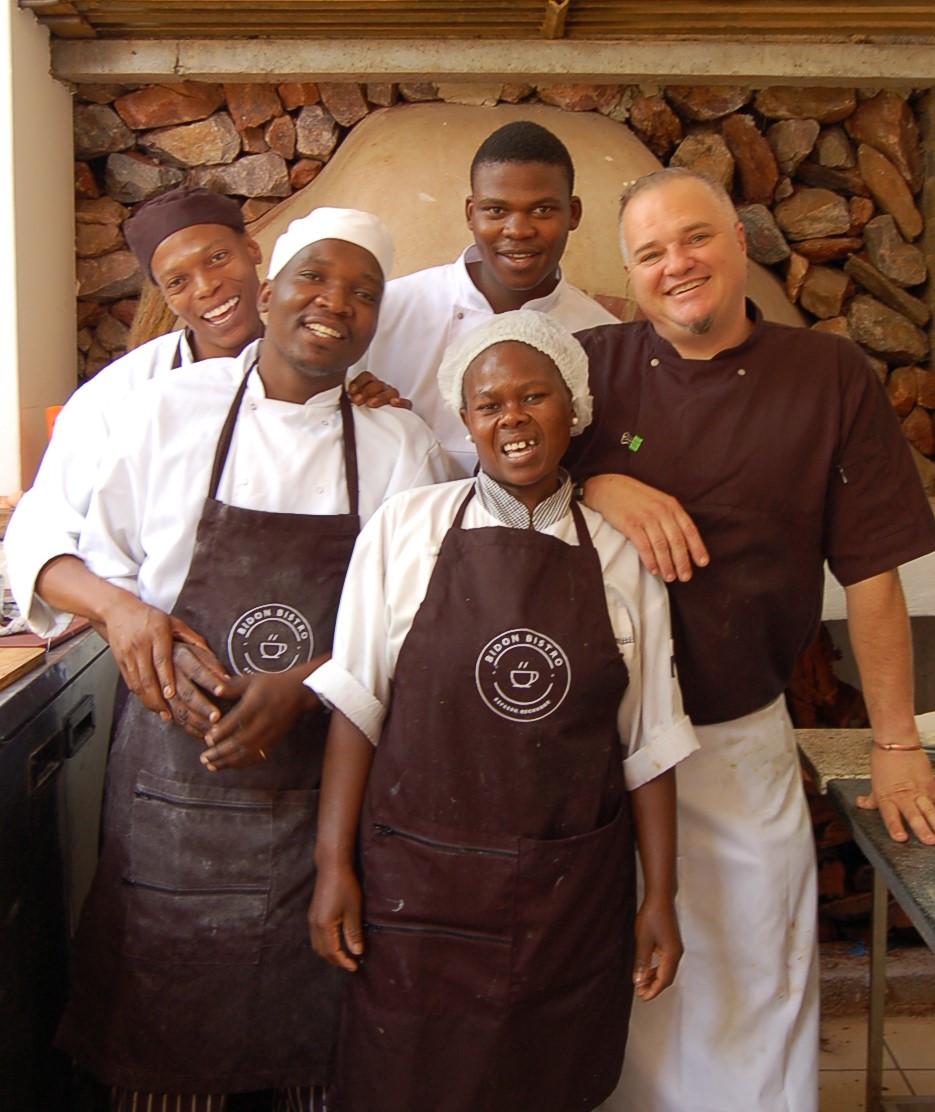 Boasting not one, but 5 professional chefs, this place is a definite must to visit.  The head chef, Warren Voster oversees the kitchen, which can be quite chaotic at times.  Under him are Winston, Nomvula, Tsulani and Herman, all working tirelessly to make all guests have the best gastronomic experience possible. And we experienced this first hand. 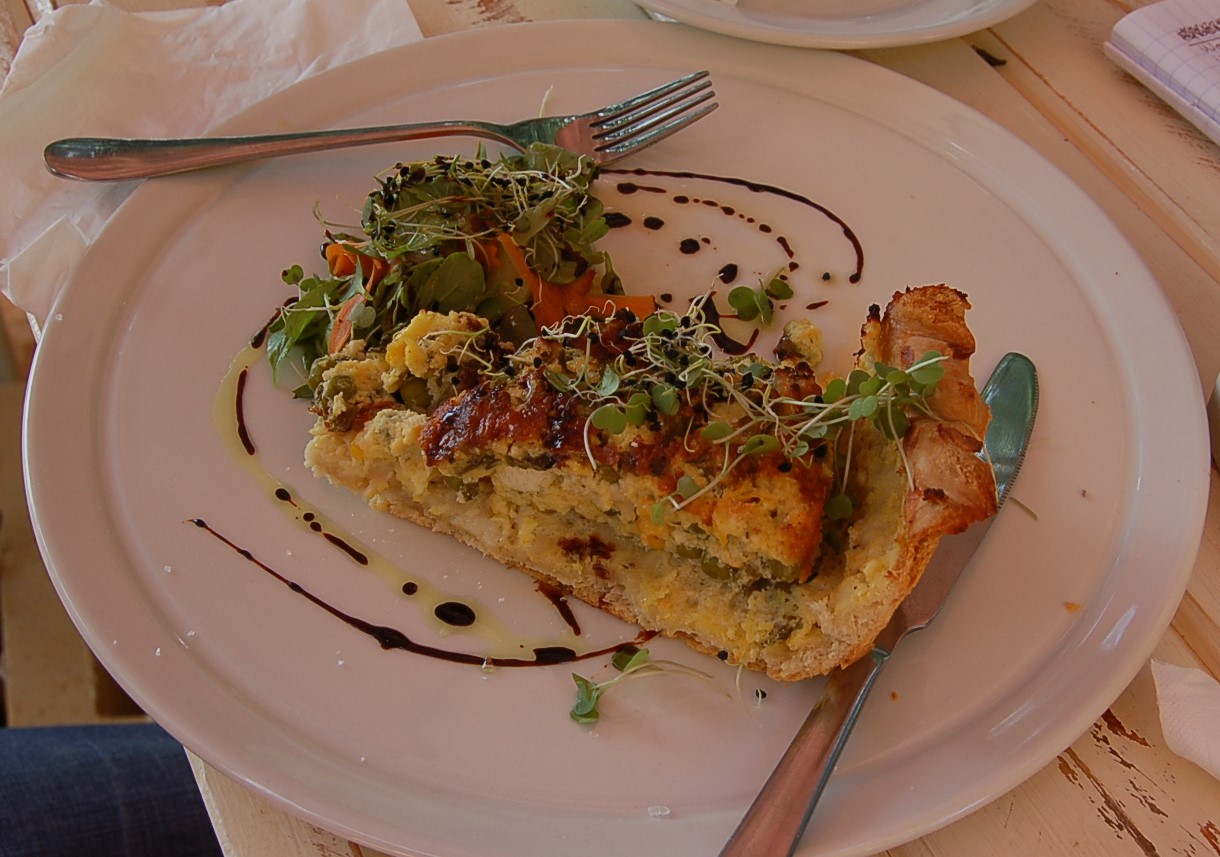 For our brekkie,  I chose “breakfast in a bowl” which was a first for me. Egg and bacon bits set on specialty bread, covered with Neapolitan sauce and baked in the over, in a bowl! Delicious!! 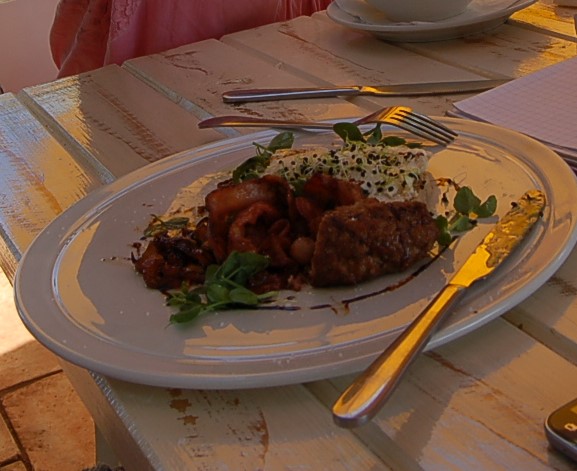 Wayne stated that his traditional breakfast was the best, tastiest he had ever had.   Polo pizza was Jason’s choice and mom went for the quiche of the day. Our coffees were outstanding!! 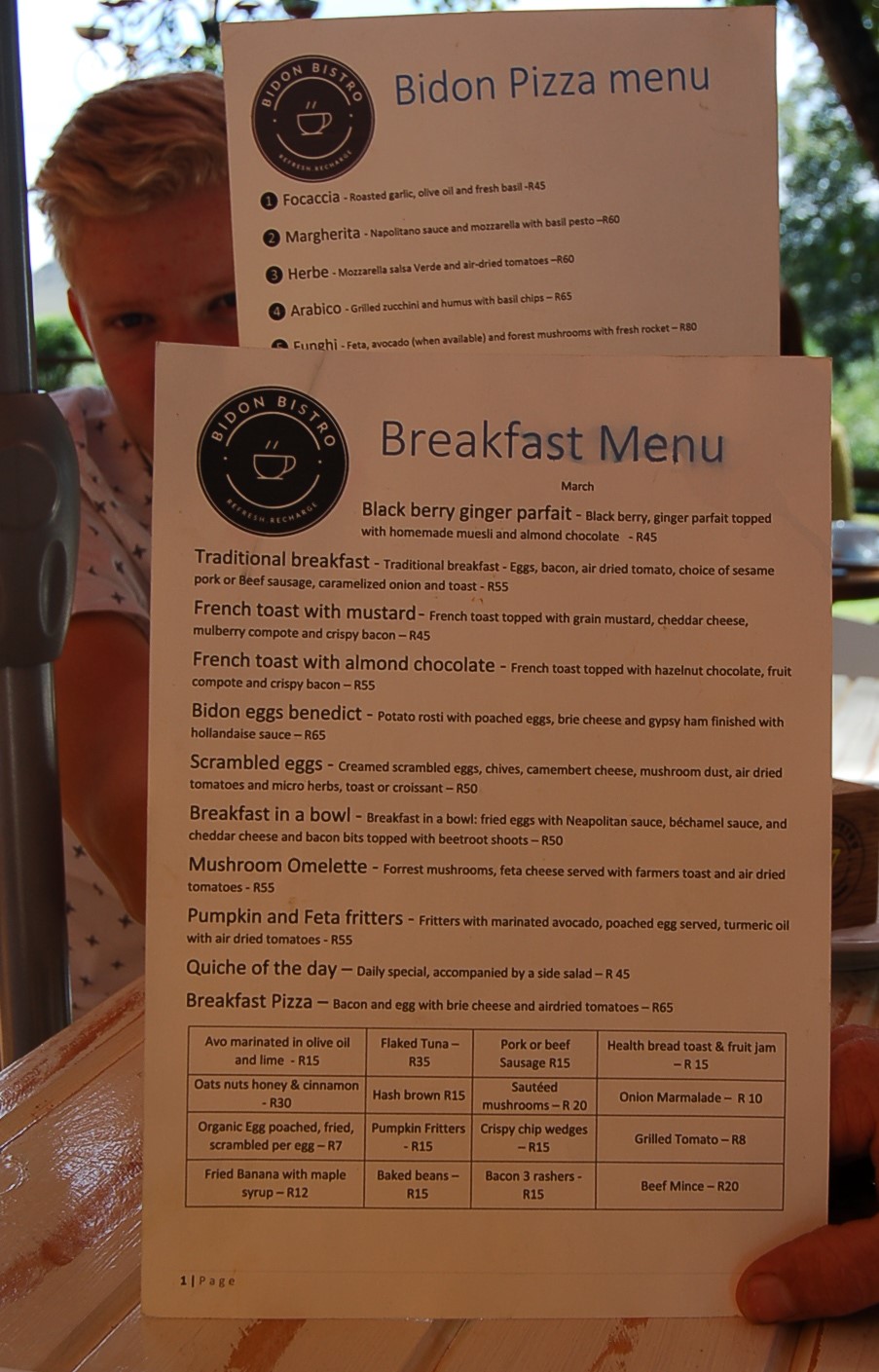 As Garth mentioned, they still have a few teething problems to iron out, but on the whole, he is thrilled with the support they have received so far.  Wishing BISON BISTRO all the best.  May you go from strength to strength.  As we are now saying in The Cradle…..”if you cant beat them, join them” 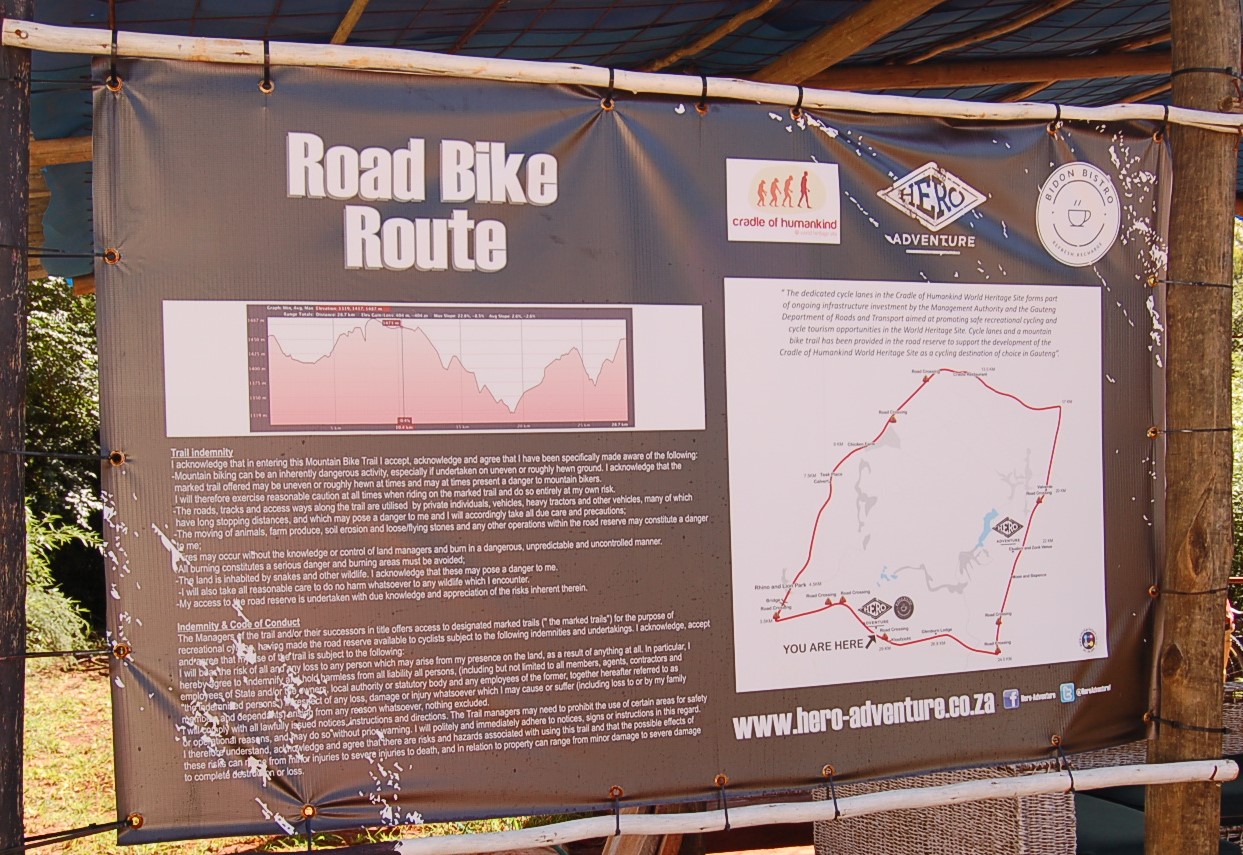