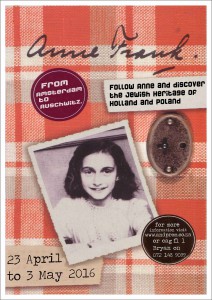 Join us from the 23rd April 2016 to the 3rd May 2016 for the ANNE FRANK TOUR. Hosted by Bryan Andrews from Andprom (www.andprom.co.za) It IS going to be an unforgettable experience.  See the basic itinerary below.  Just a smidgen of some of the awesome and thought provoking places we will be visiting.

The use of a 48-seater coach throughout the programme.

1st Class train ticket on the Fast Train from Krakow to Warsaw.

English-speaking guide throughout the programme.

Breakfast daily at the hotel (3 breakfasts). 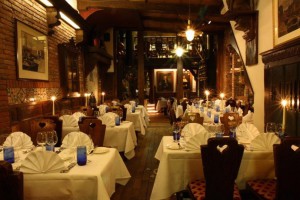 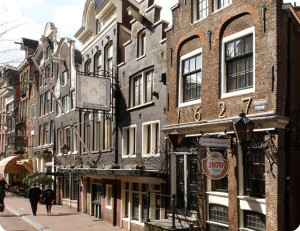 Dinner Cruise through the Canals of Amsterdam

Morning guided tour of the Anne Frank House, including a pre-tour introduction to Anne Frank

Breakfast daily at the hotel (4 breakfasts). 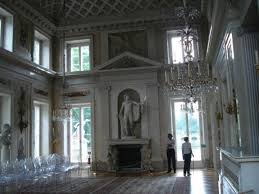 Dinner at the Rubinstein Restaurant, including

A transfer to dinner by horse-drawn carriage

A Klezmere music concert during dinner.

Dinner at Restaurant Wesele in the Main Market Square. 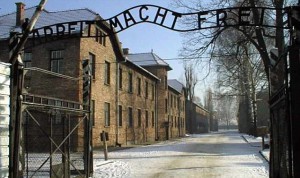 Morning visit to the Wieliczka Salt Mine.

Breakfast daily at the hotel (2 breakfasts). 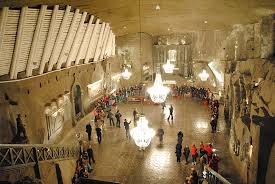 Farewell dinner at the Belvedere Restaurant, preceded by

30-minute Chopin Concert at the Palace on the Water.

Guided tour of Warsaw, including 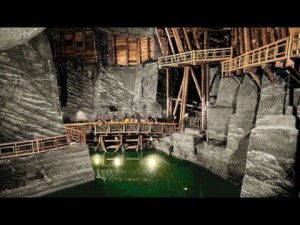 Museum of the History of the Polish Jews,